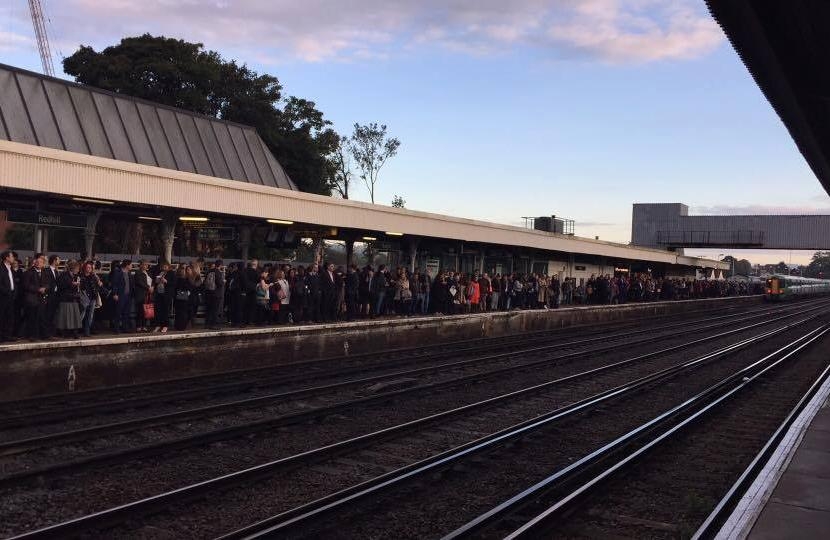 As you will be aware, I have been pressing successive Government Ministers to address the anomalously high local rail fares, known colloquially as the ‘Redhill Hump’, for a number of years. I was under the impression that significant progress had been made on this issue last October when I received a promise from the then rail minister, Jo Johnson MP, in a debate I called in the House of Commons, that the Department for Transport (which dictates the fare structure for Govia Thameslink Railway (GTR) services) would remove the Hump completely by 2021, starting with adjustments in January 2019.

Like many local rail users, I was very disappointed at the minor tweaks that the Department for Transport made to some fares in January 2019. These adjustments did not apply to the most used ticket types and were particularly disappointing for Thameslink service rail users who had already suffered a 17% increase in fares due to the splitting of Southern and Thameslink fares in 2018.

I have since made representations to and have met with the current Rail Minister, Andrew Jones MP, specifically to discuss this matter. Whilst I welcome DfT’s current consultation paper on Pay as You Go fares, as a means of simplifying the regional fares structure in the future, it is unlikely that implementation of this will take place until after 2021, and it should therefore not be used as an excuse for not addressing the Redhill Hump beforehand.

Following my recent meeting with the Minister, I wrote to him and have attached this letter.  I am, therefore, currently awaiting a statement from him explaining exactly what the DfT’s plans are to eliminate the Redhill Hump between now and 2021. I will update you as soon as I receive it.