The Times Red Box Comment: A short spell in the EEA would give Britain time and space to adjust to Brexit 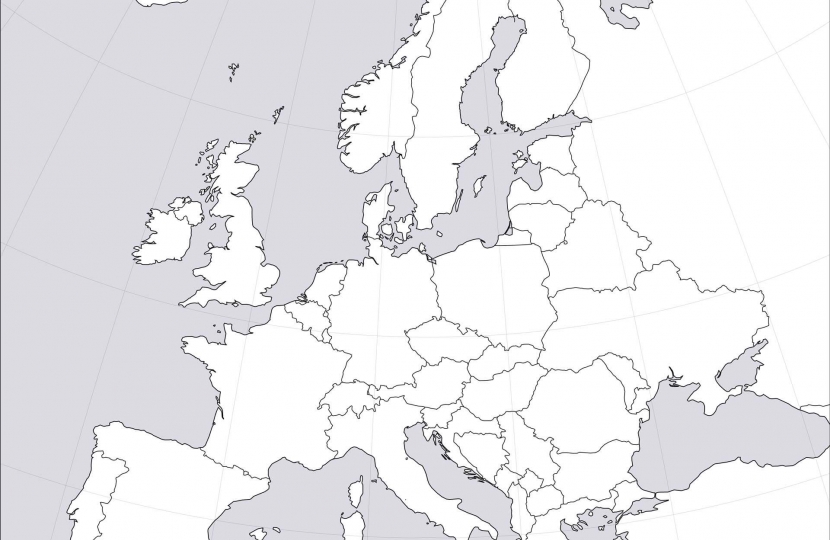 A short spell in the EEA would give Britain time and space to adjust to Brexit.

Following the surprise election result, we should not lose sight of the fact that there are strong majorities in both main parties committed to delivering the referendum outcome. If we are determined to deliver Brexit by 2019, we should focus minds on how we advance the national interest in a sustainable way. A chastened Conservative minority government must achieve substantial consensus in the debate on how we shape Britain’s future relationship with the EU and our new place in the world. Time-limited membership of the single market as a transitional arrangement provides the route to the final destination of a UK-EU Free Trade Agreement (FTA) outside the customs union and single market.

While debates on Brexit can still get fractious and heated, many of the differences are of emphasis and timing. There is general agreement on taking control of immigration policy, but varying degrees of emphasis on how liberal or restrictive a new immigration policy would be and how quickly it can or should be delivered. There is general agreement that indefinitely staying in the single market and the customs union would leave the UK as a rule-taker without the flexibility to do other trade deals, but there are differences on what any transitional arrangements might look like and how long they would need to persist.

The UK effectively staying in the single market, via membership of the European Economic Area (EEA), for a period of two years following Brexit would allow the UK and EU to conduct the complex negotiations on a deep and comprehensive free trade deal over a longer and achievable period in a calmer environment post-Brexit, and after a settlement on divorce terms. The practical transition on formal Brexit would be relatively straightforward, and business would, at a stroke, understand the regulatory environment they would be operating under providing certainty for the foreseeable future.

It would also allow the government time and breathing space to continue to engage with business to better understand what policy and regulatory changes would be most beneficial when we leave the EEA, without so many moving parts of the Brexit negotiations.

The drawbacks of EEA membership are well-known: EEA countries have to accept large tracts of EU legislation without any say over it. They pay fairly large contributions. They also accept free movement of labour. However, as a transitional arrangement that could achieve cross-party support, EEA membership appears to be an attractive proposition.

Whilst the UK would no longer have any say over future EU laws passed regulating the single market, it has had a large say over the existing body of law to date. Furthermore, the UK would immediately be outside the common agricultural and fisheries policies. It could be a negotiating objective to institute an enhanced form of consultation in developing new legislation, and the CBI, FSB and other industry groups and companies will continue to be represented in Brussels working with their European umbrella groups.

The budget contributions would coincide with the EU’s current seven-year budget cycle. This helps the EU27 to plan and to reduce the scope for a row over the divorce “bill”.

While providing benefits for citizens and businesses looking to fill skills gaps, the free movement of labour undoubtedly created concerns about overall levels of migration into the UK. Free movement would continue for the time being, but that would give the government and business the time and space to upskill the domestic labour force and devise a new approach to immigration. The emergency brake on migration could realistically be re-visited, not least because the EEA Agreement permits appropriate “safeguard measures”.

Transitional membership of the customs union, or parts of it, could also be considered, although this would need to be weighed against the advantages of full control over the UK’s external tariffs as we develop an independent trade policy and strike our own trade deals. This too will take time as we settle our arrangements with the EU and build up capacity in trade negotiations.

Untangling over 40 years of EU membership smoothly will inevitably take time. The referendum result must be implemented and the UK must leave the EU in 2019. However, given the scale and complexity of the task, there must be a recognition that less than two years is too short a timeframe to conclude a final trade deal and too short a horizon for planning and investment decisions being taken today and in the months ahead. However, four years is achievable.

Time-limited EEA membership provides a clear route to a deep and comprehensive FTA by the mid-2020s. For countries like Norway, the EEA was meant to be a transitional arrangement into the EU. Whilst this has not happened, the rationale that the EEA could be a suitable transitional arrangement coming out of the EU holds up, providing continuity into the medium term. It just requires a firm sunset clause to focus minds on the future trading relationship.