Speech on ISIL in Syria 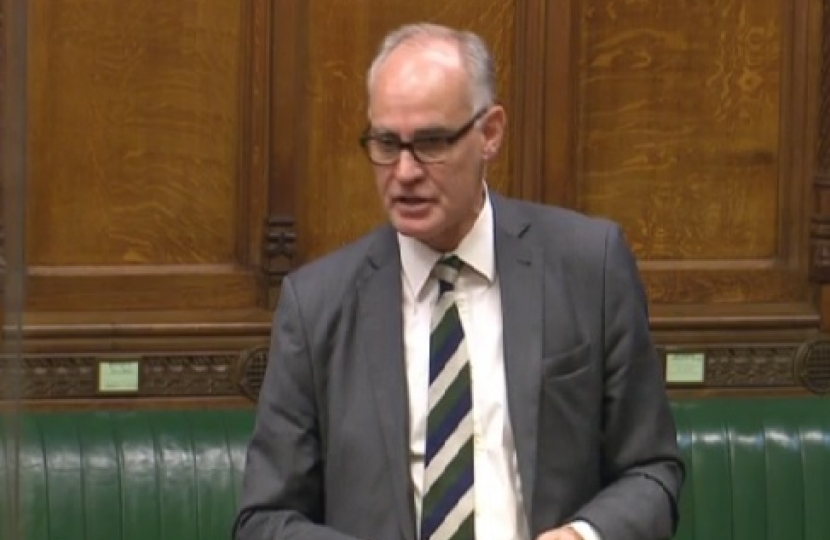 There are those who have honourably opposed intervention on every occasion since 2003, including my honourable friend and fellow member of the Foreign Affairs Select Committee, the member for Basildon and Billericay, who is the mover of today’s principal amendment. Part of the strength of his case is that he was undoubtedly right over Iraq in 2003 and prima face on Libya in 2011, which is the subject of a Committee inquiry. However, it is my judgement that he was wrong last year to oppose our support to the government of Iraq against ISIL. I don’t know what he would say to the Yazidi families rescued by British forces and British helicopters from the terror that ISIL brought. I am satisfied that our military effort in Iraq over the last year has been to the enormous credit of our armed forces and the stabilization of Iraq  in the face of a rapidly advancing threat from ISIL wholly justified the strong majority that this House gave for that intervention.

The reality we have to acknowledge is that whether we like it or not ISIL is at war with us. We don’t have to confect some case about weapons of mass destruction, nor is this about a threat to the citizens of a country from their own government. This is about people at war with us and our values and our society. This is not a war of choice. I haven’t spoken to anyone who demurs from the proposition that ISIL must be denied the territory that they currently control. Whilst the defeat of ISIL and its ideology will be the work of many years, even decades, the retaking of this territory is an urgent and immediate requirement. This therefore is the mission. Whilst the civil war rages in Syria, it is virtually impossible to achieve that. That is the necessary first step. And finally after the negotiations and the agreement of the Syrian International Support Group at Vienna on 14th November, a way can be seen to that transition. Before then I don’t believe the Government was able to answer our question of “which ground forces will take, hold, and administer territories captured from ISIL in Syria” to the satisfaction of the Committee. In the wake of that I believe they can and did. And indeed the PM made the point rather revealingly today when he mentioned the real plan.

The real plan is the ideal solution referenced on page 20 of the Prime Minister’s response to the Foreign Affairs Select Committee, where he envisages the political transition in Syria allowing a new leadership and reform of the Syrian Arab Army, to enable it to tackle terrorist groups in defence of the Syrian nation. The Syrian Army fighting alongside the Free Syrian Army ideally need to be the forces that reclaim Syria for a new Syrian republic. But we should not imagine for one minute that this is a task that they will be able to accomplish on their own. We need to influence the policy of our coalition partners and the policy of the whole international community to face up to the reality that this entails. This is the crucial issue. How would we, the United Kingdom, exercise the greatest influence? Everything I have heard in the last month of taking evidence on this issue, suggests that our role as a compromised and limited member of the coalition against ISIL, operating only in Iraq, weakens that influence. Now we can debate the efficacy of airstrikes and the additional capability that Brimstone missiles bring to the whole coalition. But the truth is we all know that those issues are marginal to the outcome. What is not marginal to the outcome is getting the international politics right and it is not in the interest of our country or the people we represent for this House to deny the Government the authority it needs today. I am now satisfied that the Government, who along with the Americans helped block the transition process by our preconditions about the role of Bashar al-Assad, can now play a critically constructive role in the transition.

Indeed, my criticism of today’s motion is that the Government should be seeking wider authority from the House. Limiting the targeting to ISIL and excluding al Nusra and any future terrorist groups that will be listed by the United Nations as envisaged under the United Nations Security Council Resolution 2249 is a restriction I do not understand. If armed groups put themselves beyond recall in the judgement of both the international Syrian support group and the UN Security Council then our armed forces should be authorized to act within the law. Equally, the limitation on deploying UK troops in ground combat operations, I believe, shows a lack of foresight. We know that both Syrian and Iraqi armed forces are going to need the maximum possible help, which arguably should include the embedding of trainers in the fighting echelon capability that includes artillery and engineers, as well as comprehensive logistical, service support, command and control, and communications functions. Where will these come from? And the truth is that since this mission must succeed, if necessary these war winning capabilities may need to be found from beyond the neighbouring Sunni countries and the whole of the United Nations with effective military capability may be required to provide that, including us.

However, if the Government has chosen a path that is going to require it to come back to this House for more authority then that is the Government’s choice. To my mind, ISIL is such a clear and present danger to the civilized world that if “all necessary means” are endorsed by the Security Council so should this House.

The Foreign Affairs Committee will continue our inquiry into the international strategy to defeat ISIL and on behalf of this House to hold the Government to account in detail.

In my judgement this House will best discharge its responsibilities by giving our Government the authority it needs, not just to act with our international partners against this horror, but to influence them to make the necessary compromises in their national objectives, and to ensure the collective security of all nations.

Mr Speaker, part of the Prime Minister’s challenge is that we were both present 12 years ago when another Prime Minister delivered an utterly compelling performance and we made the United Kingdom party to a disaster in the Middle East.  It’s right that we should be mindful of our recent history but we must not be hamstrung by it.

The full speech, including interventions from other MPs, will be available in Hansard tomorrow, 3rd December.