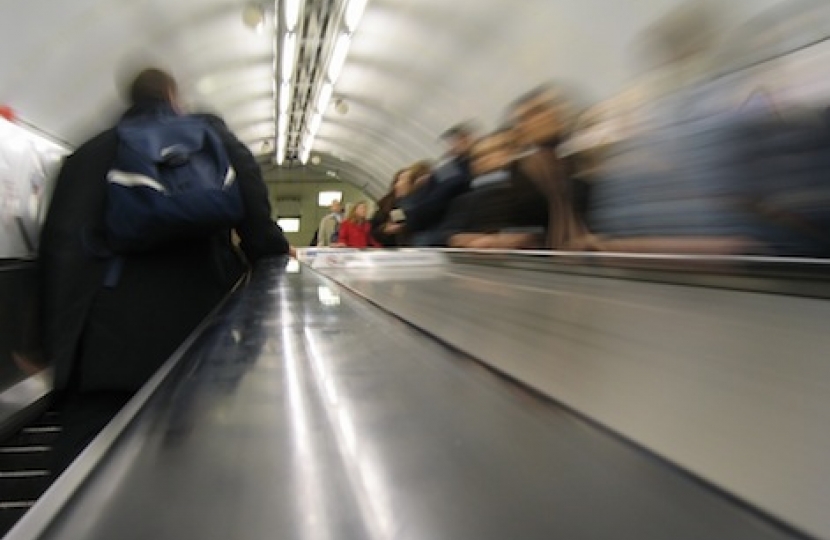 The response of the Secretary of State for Transport Patrick McLoughlin, which was promised within two weeks of Crispin Blunt's meeting with him on 20th January to discuss the deterioration of rail services from Redhill and Reigate to London Bridge, was today finally received by Reigate MP, Crispin Blunt.

Crispin Blunt has replied to Patrick McLoughlin expressing his disappointment that no offer of compensation has yet been made to commuters suffering reduced and disrupted services.

Crispin Blunt commented "I had hoped that the delay in the reply from the Transport Secretary was because we were going to get a positive response on compensation. Regrettably, like the commuters waiting for and using trains, I've had a delayed response and no service improvement.

"Commuters from Redhill and Reigate have had to put up with appalling service levels and they will be affected by much reduced services until 2018.

"I note that, in his letter, Patrick McLoughlin has left the door open for further consideration of compensation.

"If simple fairness is not forthcoming for long-suffering commuters, we will need to look at more direct action to reinforce our so far reasonable request for a fair deal."