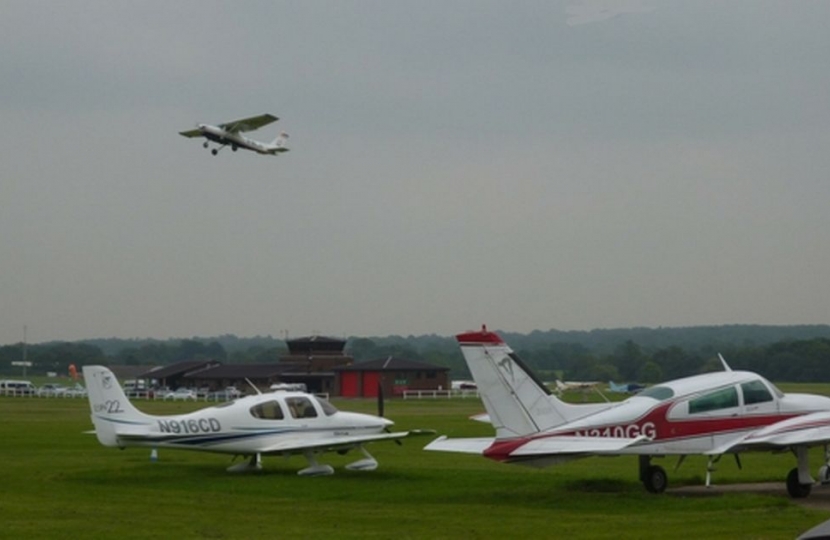 In a speech at on 2 February at Salfords Village Hall, at a public meeting hosted by Salfords and Sidlow Parish Council, Crispin Blunt outlined the reasons why he is opposing plans to develop Redhill Aerodrome into ‘garden village’.

“My objection to this proposed development is based on my belief that such developments are not in the public interest, nor do they achieve the purported objectives of either reducing house prices or increasing the availability of affordable homes, both being objectives that I support. Developments of this magnitude do, however, put excessive pressure on local infrastructure such as transport, medical services, and schools, whilst at the same time devouring the green spaces that are so important to the protection of the environment that we all benefit from, and generating massive profits for developers.

Whilst no final decision has yet been made as to whether or not the development will take place, I believe that the time is now right to start voicing opposition to the proposal in principle, so that we can maintain pressure on all parties at an early stage, before more detailed plans are drawn up and pressure mounts in favour of this proposal

I will, therefore, be offering my full support for opposition to the Redhill Aerodrome Development proposal in the coming months, and believe that there is a groundswell of like-minded local opinion to support such a campaign.”