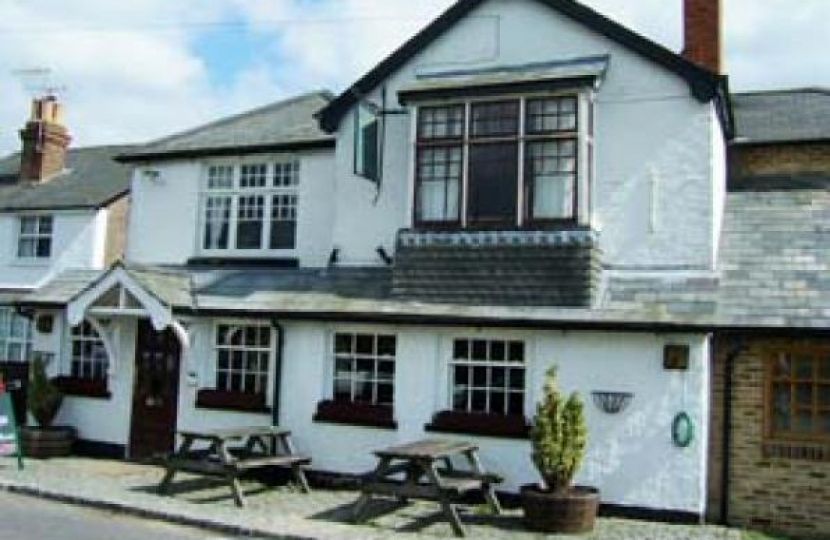 The Three Horseshoes Public House at Ironsbottom, Sidlow, has recently been listed as an ‘Asset of Community Value’ by Reigate and Banstead Borough Council. This follows a campaign supported by Crispin Blunt MP, the Horseshoes Action Group, and Salfords and Sidlow Parish Council, objecting to the closure of the pub and proposals to develop the site.

Crispin Blunt commented: “This decision substantially increases the chances of the site now being reused as a public house. The Three Horseshoes has been an integral part of the Sidlow community for many years. Residents and community groups have used it as a focal point to meet up with friends and family and also to hold meetings. In many ways, it has acted as a local social hub. I am therefore delighted by this news and hope it will return to its former use in the near future.

This decision is a reminder that the community does have a voice in challenging commercial and public sector initiatives that are not in their best interests. Another recent example of this is the decision by the CAA to return Gatwick Airport’s departure Route 4 back to its legacy routing until such time as a new Airspace Change Proposal is agreed. This decision was the direct result of an effective campaign, which included a legal challenge, by Plane Justice Ltd, formed by a group of local residents badly affected by aircraft noise from Route 4.

That these two very different victories were won by the small community around Sidlow and should be a cause of real pride in their community. Many congratulations to all involved in both campaigns.

I commend the efforts of residents that take the time and effort to make their voices heard on issues that negatively affect their communities. This is, in many ways, the grassroots of our democratic system”