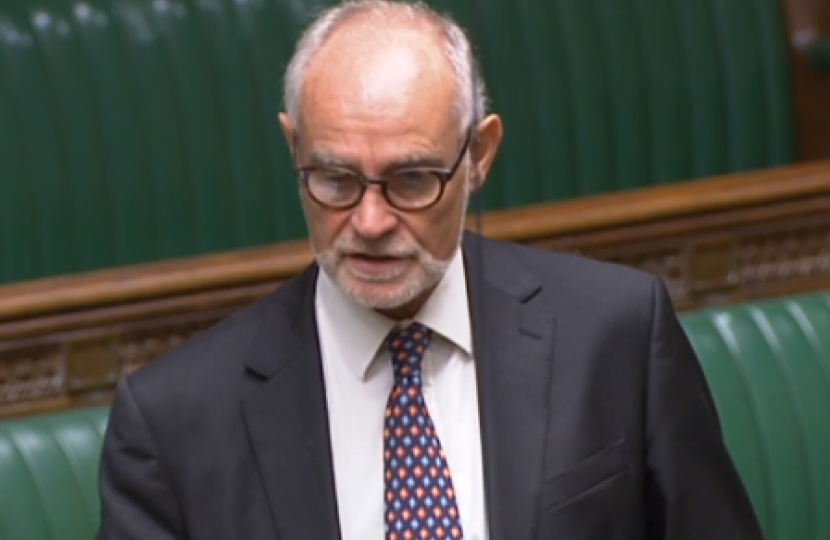 It’s hard to overstate the importance of the Rail Service to the two main towns I’m privileged to represent. It is a central factor in surrounding the economy of the constituency of Reigate and a central factor in the quality of life of the many of my constituents who use it to commute to work, usually in London. This also reflects our history.  Redhill has its roots as the halfway point on the early Victorian London to Brighton railway. It was, and remains in many ways, a railway town. The rail service has helped create a vibrant housing market and local retail and service economy. Equally, the rail service has enabled Reigate and Redhill to host a wide range of businesses including small start-ups, finance and retail organisations and large multinational companies, whose employees were able to travel reliably into Reigate and Redhill by train.

It is reasonable to assume that year by year, bit by bit, public services will progressively improve. It is, therefore, doubly concerning that over recent years the service has diminished to such an extent that the local economy is now at risk, and after all the pain of the past four years, the prospect is of a materially worse service, breaching promises made.

The London Bridge Upgrade Works have been the principal cause of Redhill to London services experiencing a disproportionate reduction, leading to infrequent, delayed, cancelled, and regularly crowded trains since Christmas 2014. However, even before, in order to facilitate the work at London Bridge, major changes were placed on the Redhill route services between 2012 and 2014, including removal of all London Bridge trains after 07:30am for up to 2 hours, making commuting into London harder and inconvenient for many local commuters than from 2014. A previous service of nine trains became just four.

The second blow to local rail users was the long period of industrial action that followed the introduction of Driver Only Operated services on the Southern Network. Whist, of course, all services were affected across the franchise, the Redhill line once again took the brunt of the cancellations on emergency the timetables that were used on strike days. Furthermore, Redhill and Merstham stations not being served by the fast line, so called Quarry Line, they were and are frequently by-passed to enable delayed trains to travel more quickly from Horley to East Croydon and vice-versa.

Both the planned May 2018 GTR timetable and its introduction have added insult and injury to an already injured travelling public whose quality of life has been already assaulted for a period longer than the United States spent as a belligerent in the Second World War. In November 2014, David Scorey, then GTR Passenger Service Director, stood up at a public meeting organised by Reigate, Redhill and District Rail Users Association (RRDRUA) and publicly stated that the service from Redhill would be significantly better than it was in 2012. However, the new timetable has resulted in further diminishing of services available to Redhill line users both in terms of service frequency and journey times. There are now no direct rains from Redhill to the south coast, including to Brighton, and no direct services from Reigate to London Bridge, a key commuter route.

Whilst the new timetable restored and extended Redhill to London Bridge services through Thameslink, following the London Bridge Upgrade cuts, it did not restore the fast trains that formerly took 25-27 minutes from Redhill, the fastest in peak hours now taking 31 minutes. Furthermore, the service from Redhill to Victoria was significantly reduced from seven trains between 07:00 and 09:00 to just four. Additionally these trains now take 39 minutes whereas, in 2012, the 7:03 took 30 minutes. From neighbouring Earlswood the 07:18 service that took 43 Minutes in 2012 is replaced by trains taking 51 minutes.

Off peak and evening scheduling to and from Victoria has also had journey times increased from 28 minutes in 2012 to 38 minutes in the new timetable. This is, by any account, a significant reduction in service quality.

With respect to the Thameslink contract specification of train services, most stations were given a minimum journey time to London, for example Brighton has 62 minutes guaranteed in the peak, 56 off peak, but Redhill route stations are amongst the very few suspiciously absent in getting any such guarantees of minimum journey times and thus we now have increased journey times to both Victoria and London Bridge in the new May 2018 timetable, a deliberate oversight by the Department for which the Minister and the Secretary of State are formally responsible.

In November 2017, RRDRUA gave its members an opportunity to add their voice to these concerns, and a petition was raised, signed by over 2,000 local rail users, to ask the Department of Transport and GTR to readdress this weakening of services, which directly contradicted the promises made by GTR in 2014 and caused unacceptable cuts to Redhill services whilst the majority of the Brighton Main line maintained a reasonable service.

Redhill and Reigate and District subsequently suffered inordinately from the chaos following the introduction of the new timetable, enduring more cuts and cancellations during this time than other local stations.

To add insult to injury, following the new timetable disruption, passengers from Reigate Station, forced to travel via Redhill to connect to Thameslink Services to London Bridge as there are now no direct Reigate to London Bridge services, have since been excluded from the GTR enhanced passenger compensation scheme, despite suffering all the inconvenience caused during the timetable introduction.

On top of all this, there is the major underlying, and long standing fares issue for rail users from Reigate and Redhill, colloquially referred to as ‘The Redhill Hump.’ This is an historic anomaly which means that tickets purchased and Reigate and Redhill are more expensive than those available at stations further down the line. It costs 47% more (or £1,160) to get an Annual all-zone ticket from Redhill than it does from Coulsdon South, just 2 stops closer to London, and it is £204 cheaper to go buy an all-zone season ticket from Three Bridges, 5 stations further away from London.

Frankly it is astonishing that the taxpayer can invest billions in the London Bridge upgrade and the current Secretary of State secured £300 million of extra investment in this line and yet the service gets worse. In short, rail users in my constituency are now at the end of their tether, forced to pay unreasonably high fare prices for an extremely poor and diminishing service. The main local capital improvements, a potential new 12-car platform at Reigate Station which would enable Thameslink Trains to terminate there and provide additional regular fast direct trains to London Bridge via Redhill is only on the first stage of the drawing board due to sustained pressure and the commitment of John Halstead local director of National Rail. It is true we had our eye on the development gain bonanza from a wholly inappropriate development of larger homes at Redhill Aerodrome. I had intended to encourage a serious effort to retrieve much of a billion plus utterly unmerited profit for all the major local Infrastructure projects. I was grateful that shocker of green belt violation has so far been seen off, but it does mean the duty to address our hard and soft infrastructure deficit following decades of strong local housing growth remains. One of the smaller and most urgent improvements is enabling Reigate station to cope with its passenger demand.

Naturally, my constituents have expected me to remonstrate on their behalf to press for service improvements and reverse the service catastrophes that the Redhill line has endured over the past four years. So, I have had meetings with successive Secretaries of State for Transport and Rail Ministers, bringing these serious matters to their direct attention and requesting compensatory action. Local rail users though of the Reigate and Redhill District Rail Users Association (RRDRUA), of which I have been honorary President since my election in 1997, have helped me put expert and costed proposals to Ministers and their officials.

I am sorry to say that all my efforts seem to have been in vain. My protests have been heard by successive ministers, but none has been willing to consider implementing any significant improvements, despite promises made to me. At least one Rail Minister, Clare Perry, resigned her position in 2015 due to frustration in the management of the GTR rail franchise. The only significant result I have achieved was a partial fare-freeze for some ticket type holders last year as a result of an intervention by the then Rail Minister, Paul Maynard MP. Inevitably, the reality wasn’t quite as widespread across ticket types Redhill hump payers might have expected.

In my meeting with the new rail minister in May I was promised a proposal to address the Redhill Hump this year to be ready by summer 2018 and that someone had been employed to work up a proposal. When I met with him last week I was advised that this in still on the drawing board and will not be ready for a preliminary discussion until November. The only concrete outcome of that unhappy meeting was confirmation that including Reigate into the GTR enhanced compensation scheme have been flatly refused.

I am not asking for special treatment for local rail users. I am asking for a reasonable service, fare pricing, and equitable compensation. 4 years of being told my rail users are a priority without any significant help I can no longer defend to my constituents. Redhill and Reigate are heavily used stations providing transport to members of the public who are contributing hugely to the UK economy. The cost of the disproportionate level of disruption they have endured over recent years is incalculable, and surely greater than the cost of rectifying the anomalies that make their commuting lives so miserable and damage their productivity. I am simply asking for reasonable treatment for them.

I am aware that there are many rail users across the UK that have been hugely concerned at the Department for Transport’s role in the 2018 fiasco but the long-suffering Southern commuters are in a class of their own. Within this group I know I can fairly argue, and have been as a central part of my constituency responsibilities for four years, that Redhill and area commuters are a special case. A running sore within a wider shambles. Once again I ask the DfT to help improve my rail user constituents’ lot. It is especially important, at this crucial time ahead of Brexit, that the UK has a fit for purpose rail service to support the economy.