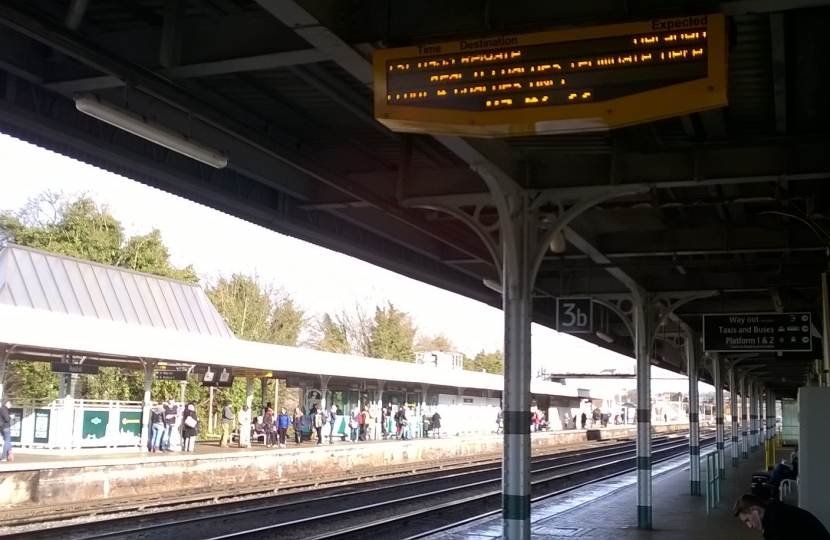 The National Audit Office has published a report on the Thameslink, Southern and Great Northern rail franchise today which finds that, between September 2014 and September 2017, passengers on the franchise have experienced the worst service performance on the national rail network. It comes following confusion regarding the apparent limited scope of the fares freeze announced before Christmas.

“It will not come as a surprise to local rail users who have endured appalling levels of service disruption over recent years that the Govia Thameslink Railway operation has provided the worst rail service in the country. The report identifies the industrial action as a cause, as well as failures to fully understand the underlying condition and problems of the existing network when the franchise was awarded, and a failure to consider the number of drivers available to deliver the timetable. There are clearly lessons to be learnt for the design of the franchise in the future, including staffing issues and better coordination with Network Rail on infrastructure improvement works.

“Despite the disruption, however, the Department for Transport has still generated the expected £3.6 billion from this franchise*, which after paying £2.8 billion to GTR, leaves a net revenue of £760 million for the Government. I will continue to urge Transport and Treasury Ministers to use some of that revenue to provide compensation for passengers, including through lower and fairer fares.

“Following the new ministerial appointments made to the DfT yesterday, I am seeking an early meeting with Jo Johnson MP in the expectation that he will be responsible for railways policy going forward. I am grateful for the efforts of Paul Maynard MP and the commitment he showed as Rail Minister to respond to the case that I and the local Rail Users’ Association have been making for fairer fares on behalf of passengers.

“In particular, I will be urging the new Rail Minister and officials to build on the work started to address the ‘Redhill hump’ which has higher fares than comparable stations.

“Following the announcement of a fares freeze which I was led to believe would apply to all regulated fares, such as day returns, I am as disappointed as local rail users are to discover that the freeze has only been applied some ‘any Permitted’ London Terminals season tickets. With the withdrawal of ‘Southern-only’ tickets, commuters are being asked to pay more for the privilege of using the inferior Thameslink metro trains.

“I am seeking clarification from the DfT on this, bearing in mind that fares from Redhill/Reigate and other stations pay disproportionately higher fares across ticket types. Fares and performance issues on this franchise must be at the top of the new Minister’s in-tray.”