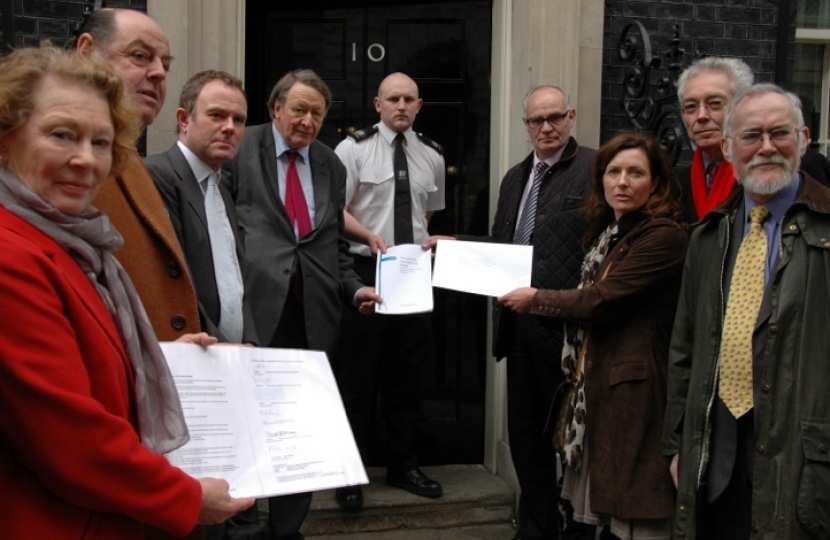 Six local campaign groups opposed to Gatwick expansion and four senior MPs have called on the Government to recognise the devastating impact of a second runway at Gatwick, the lack of local political support and the strength of feeling among local residents against changes to flight paths already in and out of Gatwick.

"The unremitting noise pollution being suffered by residents underneath new concentrated flight paths at Gatwick, following the implementation of Precision Navigation in 2013-14, has galvanised local residents groups around Gatwick to stop take-off and landing routes that create unmitigated noise pollution to residents.

"The united message being delivered to the Prime Minister today is that changes to Gatwick's implementation of Precision Navigation are needed urgently and the last thing local people need is a new runway at Gatwick which would subject thousands of new people to aircraft noise."