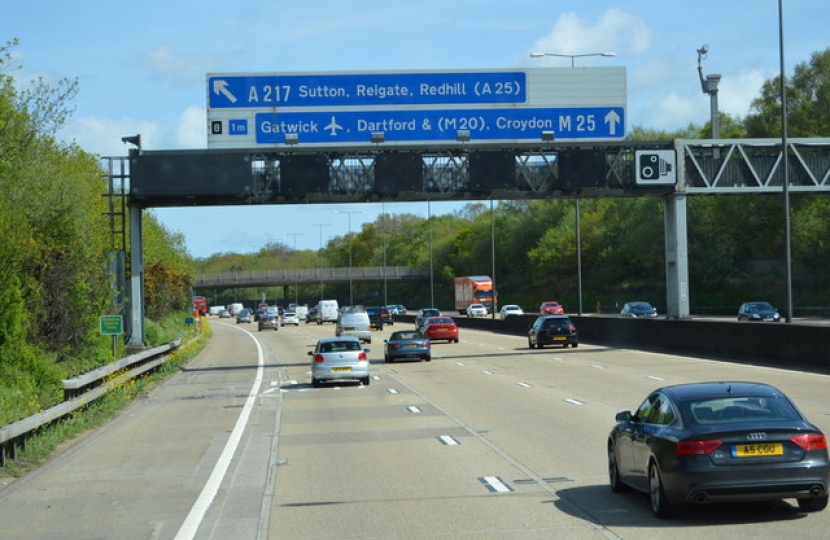 Further to my recent post regarding proposed improvements works at J8 of the M25, official confirmation has been received from Highways England that these works, scheduled to commence next month, have now been postponed.

Whilst some of the structural work is essential and will take place in the future, a delay in this project, especially in the light of other ongoing and planned works and the likely increase in barrier downtime at Reigate level crossing after May next year, prevents what may have been a traffic nightmare for our local residents across the Borough in 2020

It seems that the original budget is now insufficient for the project and it will now be considered for future funding.

The good news at the moment is that the scheme is not starting in January, and will not coincide with other planned works such as Reigate Hill, Headley SES works, etc.

This decision was no doubt also influenced by the objections by residents, local county councilors and myself to certain aspects of the scheme proposal.

It follows the decision earlier this year by Highways England to postpone the A23 Road Improvement Scheme at Hooley, following serious objections to aspects of this scheme by local residents, councilors and my office.

Whilst we should be careful not to object to road improvement schemes that may have long term benefits for the area, it is also important that people local and elected members should be able to impress upon road design teams at Highways England, the local and possibly poorly considered impacts of major road improvement plans.