THE GREEN BELT AND PROPOSED REFORMS TO THE PLANNING SYSTEM 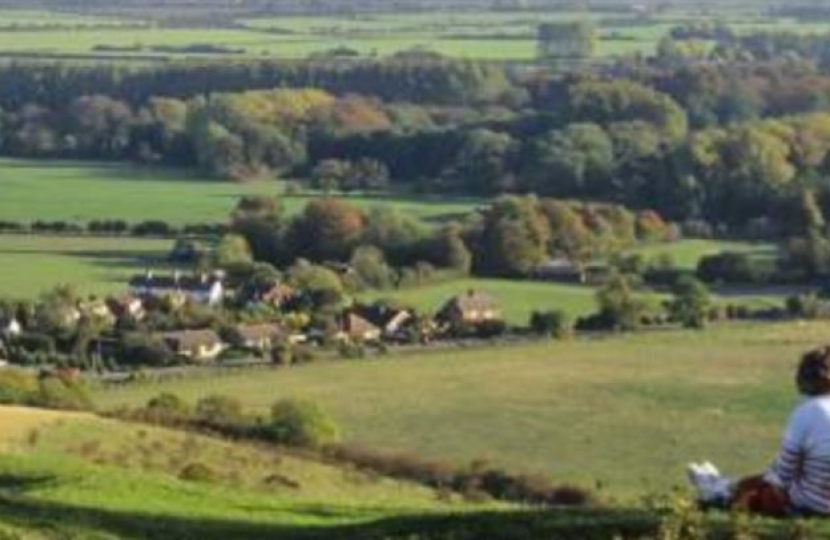 The most serious long term challenge through my now twenty-three years as Member of Parliament for Reigate has been the growing threat posed to The London Metropolitan Green Belt, in which the constituency neatly sits. It is London’s Greenbelt between Sutton and Horley.

The threats have resulted in the gradual and insidious acceptance of development on green-field land that should have been protected from this by law and only permitted on the most exceptional basis.

There are two fundamental, but related reasons, for this happening. The first is the legal status of ‘The Green Belt’ is not absolute and is in effect subject to policy and the Planning Inspectorate’s quasi-judicial determination of that policy.  That policy is now The National Planning Policy Framework (NPPF).

The result of this is that local planning authorities, such as ours in Reigate and Banstead, have been increasingly put under dual pressure. First from developers to build homes on green fields in the Green Belt land that has been acquired speculatively, but is where the development is cheaper and the land profit immense.  Second, the Planning Inspectorate are inclined to sanction such developments as believe they will enable the local authority to meet its local housing need target.  These targets are set centrally using an economic demand formula.  Recently they have additionally included an algorithm in which affordability has been included.  With many people living here scoring high salaries by working in the City, that has even further skewed the local balance between salary and local house prices.  This formula in effect guides/determined how many new homes must be built in each area of the country, whether or not doing so would severely compromise the integrity of the Green Belt in that area.

This ongoing issue has recently come to a climax with the Government proposing changes to the planning system in order, as they see it, to achieve the target of building 330,000 new homes per year nationally.

As explained earlier, the introduction of a new algorithm for calculating the number of new homes that should be built in each local planning authority, will substantially increase the targets for Green Belt areas in the south-east, like Reigate and Banstead, whist failing to increase target numbers in areas of the North and Midlands which are in need of regeneration and ‘levelling up.’ Furthermore, more extensive changes to the planning system have been included in the Government’s recent Planning White Paper “Planning for the Future” which has recently been under consultation.

In view of the potentially catastrophic consequences to the very nature of Reigate and Banstead’s built and rural environment if these proposals become policy, I have been pressing hard for the Government to rethink these flawed plans and recognise the damage that they could unleash. To this end I have had several informal meetings with the Secretary of State for Housing, Communities, and Local Government, and the Housing Minister and have joined with other MPs opposed to the plans in a debate in The House of Commons on 8 October when I pointed out that:

“…we need a fundamental reappraisal of the whole planning system. It is certainly not good enough if the Government produces a target on the scale that they have done and expect it to be delivered…..authorities do not have any real authority over planning because they are given a number that they have to deliver; they then find that the number has been changed by fiat at the Dispatch Box by up to 30%, and now—in the case of Reigate and Banstead—they find that the number is going to double again…..we shall fight London’s green-belt cause determinedly…….The message to the Government is that we have got to think again. We must think strategically about how we will deliver national and local plans and sound environmental policy.”

You can read the full text of the debate at:

I have also responded to the consultation on the ‘Planning for the Future” White Paper with three submissions which I have attached for reference. In my first response, I pointed out my general objections and concerns to the proposals, and in my second, I expanded on the potential to analyse alternative planning systems such as those in Holland and Germany, to inform how planning targets can be achieved without the expediency of a simplistic central model for new homes numbers. My third submission, was to specifically endorse the response by my fellow MP, Bob Seeley who represents the Isle of Wight constituency, and who has been leading and coordinating opposition to the proposals with over eighty like-minded MPs.

I am hopeful that sense will eventually prevail and that The Government will listen to the plethora of objections that have been raised in the responses to the consultation on its proposals. I believe that planning law does need to be reviewed, modernised, and simplified, but not in a way that threatens our precious Green Belt whilst not providing new and affordable housing where it is really needed in the country.