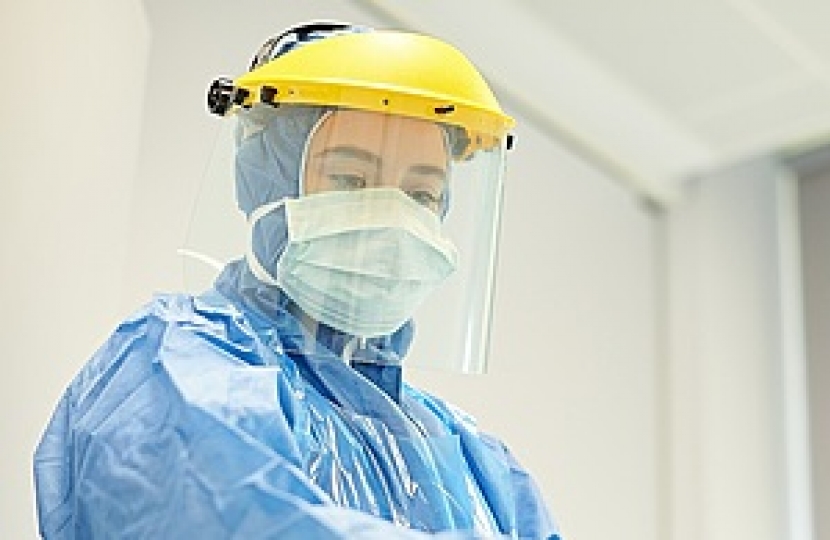 The government has signed deals with more than 100 new suppliers from around the world as well as ramping up domestic production to help meet demand for PPE.

A significant boost to PPE supplies that should help meet demand in the health and social care sectors has been announced by government today.

It has signed deals with more than 100 new suppliers from around the world in a challenging global market, including securing a further 3.7 billion gloves to help meet the expected demand.

The government has also supported industry to significantly boost domestic production with companies signing contracts to manufacture over 2 billion items of PPE in the UK, including facemasks, visors, gowns and aprons.

Since the start of the outbreak, over 1.48 billion items of PPE have been delivered to the frontline in England, and tens of millions more items distributed in Scotland, Wales, and Northern Ireland. Just yesterday alone, 3.3 million masks, 11.8 million aprons, 33,000 gowns and 36.2 million gloves were delivered to health and social care settings in England.

As demand for PPE hit record levels during the global pandemic, government and industry joined forces to build a PPE distribution network from scratch. With the help of the Armed Forces, the NHS Supply Chain now delivers PPE to 58,000 settings including care homes, hospices and community organisations.

Last month, I set a national challenge to ensure we continue to supply enough PPE to those on the frontline of this battle.

We have now signed deals with over 100 suppliers across the world to secure more PPE, and at the same we have ramped up domestic production. We have now ordered 2 billion pieces of PPE from homegrown firms which is also great news for jobs and the economy, and over 3 billion pieces from abroad.

Worldwide demand for PPE has never been higher so I want to thank Paul [Lord Deighton] for his work in ensuring that PPE continues to be delivered to where it is needed.

The UK has worked with numerous international partners to procure additional PPE supplies throughout the pandemic. A new team has been established to secure new supply lines from across the world and will continue to strengthen and diversify the supply chain.

We’re rapidly progressing over 14,500 offers from suppliers and ensuring they meet the safety and quality standards that our NHS staff need, as well as prioritising offers of larger volumes. We have already contracted over 100 new suppliers able to deliver at the scale and pace the UK requires.

Domestic production is simultaneously being ramped up to unlock new avenues to get PPE to the frontline as part of the government’s ‘Make’ programme, headed up by Lord Paul Deighton, who is leading the government’s efforts to secure PPE and ensure this gets to where it is needed. As part of this, he is driving forward coordination of the end-to-end process design and manufacture of new domestic PPE supplies.

The government is in contact with over 350 potential UK manufacturers and contracts have been signed to manufacture over 2 billion items of PPE in the UK.

As unprecedented demand for PPE continues around the world, British industry has stepped forward to strengthen the UK’s response and increase PPE supplies.

We have already secured millions of PPE items through deals with British industry, and continue to work with hundreds of potential manufacturers to further bolster our domestic supply chain now and in the future.

From this week, GPs and small care homes can also register on the PPE Portal, a new online portal developed in collaboration with eBay to help primary and social care providers to order critical PPE, as it is scaled up nationally.

The PPE Portal has been tested with the sector and is now being scaled up nationally over the coming weeks. During this phase of the roll-out, GPs and small residential and domiciliary social care services will be invited to register on the portal.

We are focusing on small care providers because our data shows that, although they account for half of all care provision, they seem to be less likely to be registered with wholesalers. It’s therefore important that we ensure that they have the option of quickly joining the portal should they need to.

This forms part of our national effort to ensure critical PPE continues to be delivered to those on the frontline.

This page has been designed to provide constituents with information, guidance and advice with regards to Coronavirus (COVID-19).

If you need medical help, please use the 111 online coronavirus service.