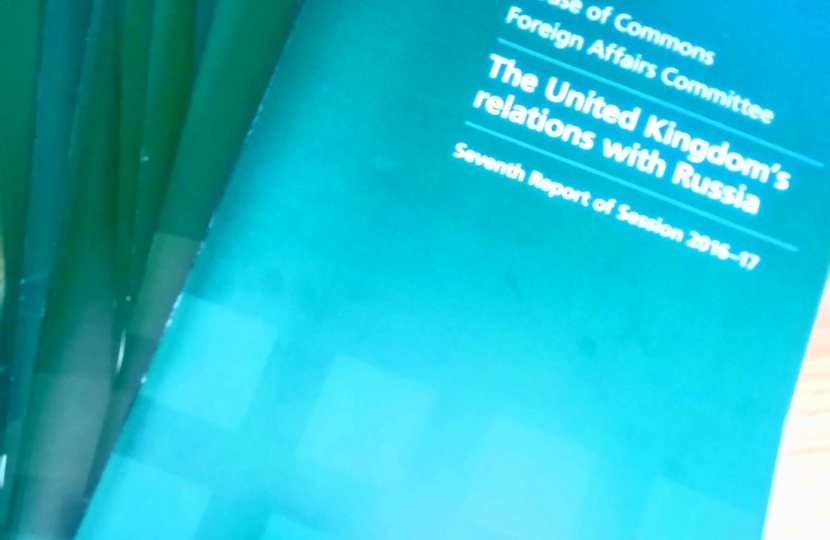 The Government has today responded to the Foreign Affairs Select Committee report on UK-Russia relations, published in March under the chairmanship of Crispin Blunt MP at that time.

Crispin Blunt welcomed the publication of the response, commenting:

“The Government has given its account of the level of senior ministerial engagement and investment in analytical capability at the Foreign and Commonwealth Office. Despite the poor state of relations overall, I am glad that the Government agrees with the Committee’s report on the need for dialogue on specific issues, such as Syria and areas of overlapping interest such as counter-terrorism, aviation security and international sporting events.

“The Committee highlighted the importance of investing in people-to-people relations during times of political tension, including fellowships and exchanges to promote the development of shared values and mutual understanding between British and Russian people. The Government says it will be supporting new UK-Russian exchanges in the fields of science, economics, and culture; and I hope these initiatives can be continued and strengthened in the future.”

The Government also responds in detail to recommendations on sanctions linked to Minsk implementation, support for reform efforts in Ukraine, and accountability for war crimes in Syria through investigations and gathering of evidence. It also discusses the use of extended powers in the Criminal Finances Act to seize assets in the UK that are the proceeds of gross human rights abuses.