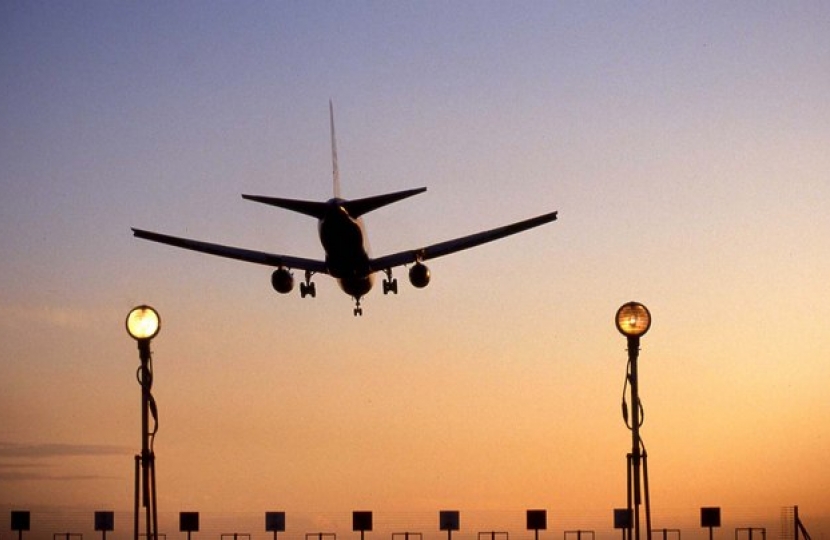 The implementation of precision-area navigation (PR-NAV) at Gatwick in 2014 led to a concentrated flight path (Route 4) overflying south Reigate and Redhill, affecting thousands of residents.

Regrettably, the Civil Aviation Authority (CAA) took far longer than expected to complete the Review of the implementation of PR-NAV. In November 2015, the CAA Board adopted a recommendation to alter departure Route 4, which has come into operation today. This makes the Standard Instrument Departure turning circle tighter and ensures that planes taking off to the west and heading east fly back over the constituency further to the south, avoiding the densely populated urban areas of Reigate and Redhill.

“Today’s change should finally bring relief to residents who have been affected by noise pollution caused by the botched implementation of precision navigation from Gatwick Airport. It is regrettable that it has taken so long to make this correction when the problems were so clear from the start.

“I will monitor the impact of the change and I am expecting the Government to review its policy on aviation noise, including ways of implementing these concentrated satellite guided routes so as to provide for greater dispersal and multiple respites for affected areas. Local airports must work with local communities to manage and alleviate aviation noise. This should be Gatwick’s focus now.

“I continue to call on the Government to come forward with a decision to implement the Airports Commission’s recommendation which rejected Gatwick as a location for a new runway and recommended Heathrow with a package of extensive noise mitigation measures and a ban on night flights. Gatwick’s flawed and rejected second runway proposal would lead to an airport with over half a million flights a year, more than Heathrow currently has and with no measures to mitigate noise for local communities.

“The easterly and westerly departures affecting Reigate and Redhill would have potentially twice as many aircraft movements.

“Unlike Heathrow which alternates the use of its runways for take offs and landings giving local communities guaranteed respite, Gatwick’s proposal is to use two runways for take-offs and landings throughout the day and much of the night. Local residents would have more overflight than West London has today but with no respite from noise whatsoever. There’s no credible case for Gatwick from either a local perspective or in terms of national economic benefits. It is time the Government rejects it definitively.”