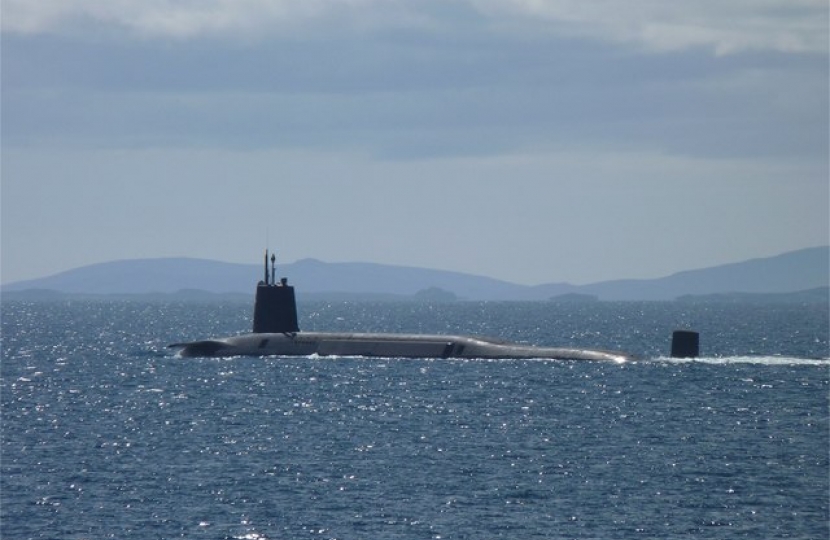 An answer to a parliamentary question tabled by Crispin Blunt MP reveals that the costs of servicing the UK’s nuclear deterrent alone are estimated to continue to the 2060s at 6% of the defence budget, while the acquisition costs will be around £25 billion, higher than an earlier upper estimate of £20 billion.

The Government admits that these figures could be even higher because “These estimates are currently being refreshed to inform the Comprehensive Spending Review and Strategic Defence and Security Review”.

The cost estimates around the renewal of Trident are already so high that the whole life programme costs are likely to run over £160 billion (in-service costs from the completion of the first new submarine in 2028 up to 2060). The UK would be locked into huge ongoing servicing costs into the 2060s.

“How much is too much? There has to be a point where this programme ceases to be value for money. I believe that this level of spending commitment is excessive as it will mean forgoing an effective conventional capability in order to maintain one weapons system that is unlikely ever to be used.

“This doesn't even consider the inherent risk of concentrating our deterrent on one platform that I fear may be very visible to advanced sonar by 2050. If that happens the mistake will be even more costly.”

Parliamentary Question:
To ask the Secretary of State for Defence, when his Department last carried out an assessment of the whole life cost of the Successor programme. (12152)

This question was grouped with the following question(s) for answer:

1.      To ask the Secretary of State for Defence, what his Department's latest estimate is of (a) the whole life programme cost of the Successor programme, (b) capital costs associated with (i) submarine acquisition, (ii) Trident missile renewal and (iii) basing facilities, (c) the running and support costs of the Successor fleet and associated capability to protect and sustain it, (d) all future costs associated with the Atomic Weapons Establishment maintaining a capability to maintain an on-going nuclear warhead design capability and (e) decommissioning costs. (12151)
Tabled on: 15 October 2015

The 2014 Update to Parliament set out an estimate for the Successor submarine acquisition of around £25 billion, based on a four boat solution, spread over some 25 years. These estimates are currently being refreshed to inform the Comprehensive Spending Review and Strategic Defence and Security Review.

Once the new fleet of SSBNs come into service, we expect that the in-service costs of the UK’s nuclear deterrent, which include the costs of the Atomic Weapons Establishment, basing and disposals, will be similar to the current system, at around six per cent of the defence budget.

While we have no plans to replace the current Trident D5 missile, we are participating with our US partners in a programme to extend the current life to the 2060s. The estimated cost is around £250 million.