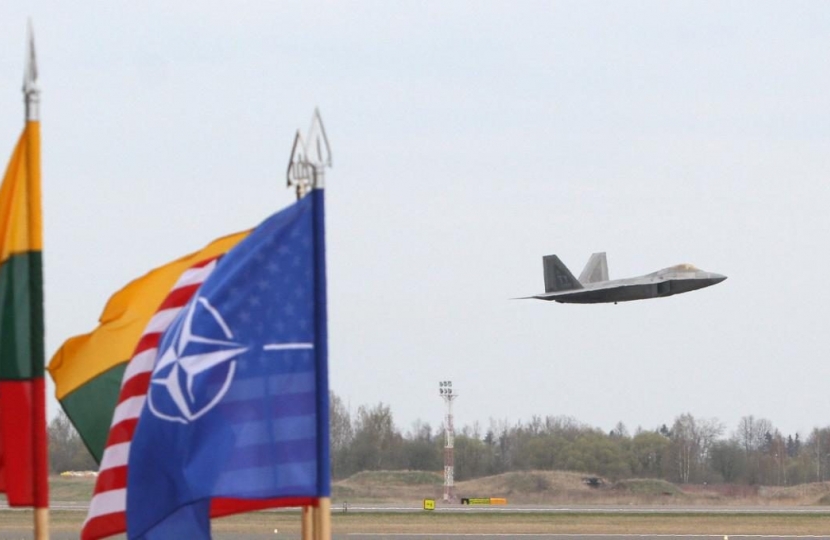 Letter to the Editor, The Times, published 10 November 2016

Sir, Amid the alarm over the prospect for international relations under Donald Trump there may be some positives. European minds will now be concentrated on contributing rather more seriously to the hard power defence of the liberal democracies. That means moving quicker towards the Nato target of spending 2 per cent of GDP on defence and making a serious fist of defence integration and its associated efficiencies. With the British veto on integration disappearing, we are about to see if the French really mean it when it comes to defending L’Idée d’Europe.

Also at stake is the whole liberal international order. Since the US-UK relationship is likely to become rather more special, we have an opportunity to shape the Trump team’s response to the vast challenge it now faces.

(Full version of) Article by Crispin Blunt MP published by The Telegraph, 10 November 2016

Whatever else you can say about him, Donald Trump actually has a fair point about America’s allies freeloading on American military power. That led to his questioning the value of NATO, which will be concentrating minds hard now.

Too many European countries have for too long been happy to let America carry the load on defence, without taking their own responsibilities seriously enough.

Our European partners have long needed to get serious about defence capability, on Tuesday it became critical. That means addressing absolute spending and the efficiencies and effectiveness that flow from defence integration.

At the moment, most European countries don’t spend enough on defence and what they do spend isn’t spent well. Everyone has their own defence overhead from government to procurement and supply chain through to deployment of actual forces. The result is that there is far less European hard power capability than there could be. The defence of the liberal democracies require Europe to get much more bang for towards double the current buck if they meet the minimum target of 2% of GDP on defence.

This does not include the UK, which not only already meets this target, but we are unique in also meeting the 0.7% development target as well. It also didn't include us because of our lack of practical and emotional commitment to European integration. It underlies why we did not join the currency and why we are leaving now. That hesitancy explains our veto of European defence integration. That veto leaves with us. The interests of the remaining EU 27 are so much more intertwined, that the logic for organising their defence in a much more intertwined way is overwhelming. That logic is now reinforced by need. Moving towards full coordination of the generation and maintenance of their forces is now essential given that Trump's election now places a large question mark over about American commitments to collective defence in Europe.

For the Baltic states, like the Ukrainians, this is now an acute crisis.

Trump isn’t the only wake-up call for Europe on security. So far, Britain has actively prevented Europe moving towards more defence integration, strongly believing in NATO primacy. But now it's not European defence integration possibly diverting attention from NATO, but a possible US reassessment. The complementary nature of EU defence integration may now be an asset to our defence, not just a liability to NATO.

However not least given the doubt hanging over the Atlantic alliance, Europe needs its premier defence power, Britain, to be as closely involved in European defence in future as possible. Britain is a full-spectrum military power, so we can provide conventional land forces, air power and naval capabilities, as well as capabilities in cyber and intelligence. These are all very important to providing European security, and it will be important to the 27 to secure a deal in the Article 50 negotiations where there is a continuing British defence commitment. That potentially gives the British Government important leverage in those talks. We need to find an institutional basis to make that work and the negotiations about a continuing practical engagement with the EU's Common and Foreign and Security Policy.

Of course, the 27 member-states will have differing views of this. Some, like the Danes, see the world as we do. Some are neutrals, but when push comes to the shove, the interests of the Finns and the Irish are still in a secure Europe. And the the Visegrad countries - Poland, the Czech Republic, Hungary and Slovakia - have a much stronger need for Europe to be able to defend itself from Russian interference. For the Baltic states this is existential. Beyond the EU the only people to have shed their blood for the EU flag are Ukrainians. Putin's Donetsk adventure has resolved their identity crisis between Russia and Europe. Securing Ukraine in the sphere of liberal Europe is a key strategic prize for the liberal democracies.

In Europe, we have all lived securely under the nuclear umbrella of the Americans all these years, confident that the US would always respond to any attack on a European Nato member, a commitment that would deter any such attack.

That deterrence is now in question. That doubt may be misplaced, and we need the administration elect to address this sharpish, but what if if as a result of Mr Trump’s election Vladimir Putin thinks Russia can now act with impunity in Europe?

European nations do have to ask themselves: what is the deterrent to Russian interference and aggression now? And much more of the the answer may be Britain. That should concentrate a few minds in Europe as we enter the Brexit negotiations.