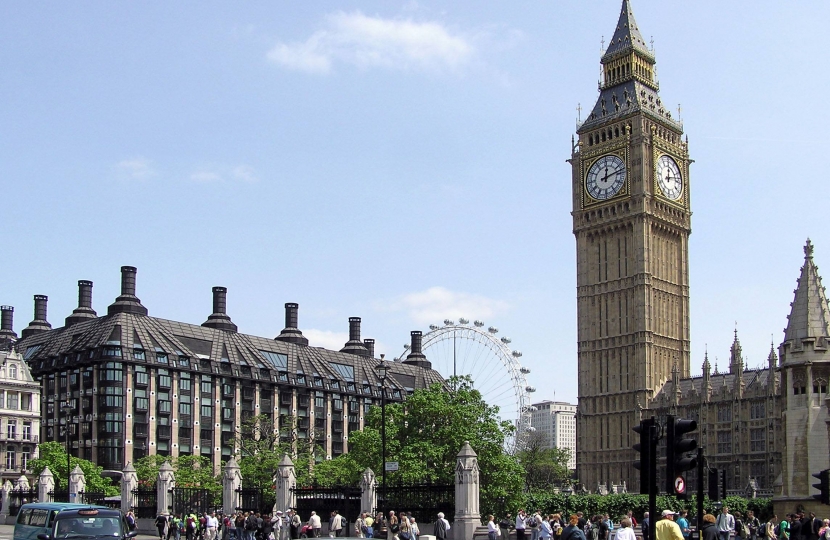 I welcome the 2017 Conservative Party manifesto, which sets out a plan for a stronger, fairer and more prosperous Britain. As Prime Minister, Theresa May will deliver Brexit and chart a course to a new global future. I am confident that Britain will become a global champion for free trade; open, engaged with the world, and working with our international partners, including the EU, to address the international security challenges we face.

I support the Government’s aim of seeking the broadest possible access to the single market in a comprehensive free trade and customs agreement. Outside the single market and customs union, the UK will have full control of its immigration policy and domestic laws and will be able to agree numerous new trade deals globally.

Just as Theresa May and the Conservative Government will be bold and ambitious in what we can deliver internationally, including a new partnership with the EU and increased trade in markets around the world, the Prime Minister and her team are bold and ambitious for creating a fairer and more prosperous society across the UK.

The proposals to put the funding of elderly social care on a sustainable footing for the long-term shows that a Conservative Government will be brave enough to tackle the difficult issues of the day. Creating a sustainable elderly care system requires additional funding and some difficult decisions about where costs should fall within and across generations. I am very proud that my Party is grasping this painful policy nettle with a wise and fair long-term reform.

It is right that the details of the policy are developed only after full consultation following the planned Green Paper. The Prime Minister has usefully clarified that there will be a cap on the maximum anyone would be expected to contribute to social care costs, but it would be against good policymaking to stipulate the details of the cap now without full consultation and before weighing up all the factors to achieve the fairest balance.

Having campaigned actively for improved rail services over the years and for a better deal for rail users who have endured delays, cancellations and strikes over recent years, I am also delighted to see clear commitments in the manifesto on rail investment to increase capacity and ease overcrowding.

I am particularly pleased that there will be a review of rail ticketing to remove complexity and perverse pricing. I will continue to press for the extension of Zone 6 to local stations and hope to enlist the new passenger ombudsman’s support in achieving fairer fares and compensation. I am also four-square behind minimum service levels during strike action, backed up by legislation if necessary.

The debate on whether or not to proceed with Trident as the UK’s nuclear deterrent is over following extensive debate and a vote in the House of Commons last year. The commitment to increase the defence budget by at least 0.5% above inflation in every year of the new parliament will help to address my continuing concerns that the Trident renewal programme would eat up too great a proportion of the defence equipment budget. With the biggest defence budget in Europe and the second largest in NATO, the UK will continue to play a leading role in NATO.

Finally, I note the commitment to repeal Section 40 of the Crime and Courts Act 2014, which, if activated, would make legal remedies more easily available to ordinary members of the public in libel and privacy disputes with the press. I look forward to supporting this when it becomes clear that there will still be a low cost arbitration process available for ordinary people who are trying to take on the newspapers after unfair treatment.