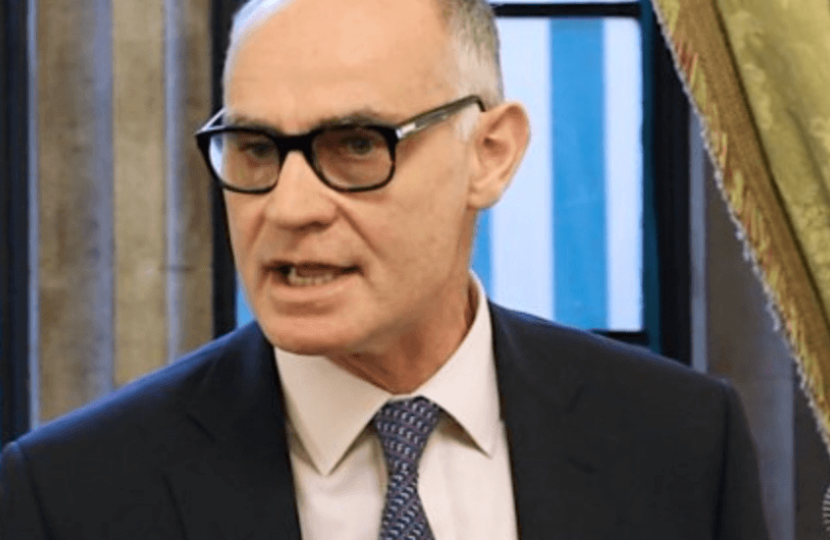 Crispin Blunt, who last year voted against a parliamentary motion which would have laid the groundwork for UK intervention in the civil war in Syria, has called for international unity in dealing with the Islamic State.

"It is a mistake for the USA not to have engaged Russia in this mission, and by proxy, the Syrian government. There are at least encouraging signs that we are still trying to engage the Iranians. The PM's meeting tomorrow is important, and he needs to cut President Rouhani some slack to face down his hardliners.

We are all on the same side against Islamic State. However, having decided to do without Russian involvement, any military strategy against Islamic State, which I believe is necessary, must involve taking them on in Iraq and Syria. Without Syrian government cooperation it makes the mission more complex, but remains a military necessity. The UK is militarily peripheral, but politically necessary member of the international alliance against Islamic State. The UK and its Parliament need to be pragmatic in assisting all states in the region to reassert their national integrity if we do not want to see Islamic State extend itself any further.

There is no need to recall Parliament at this time. The House of Commons debated this issue recently without any great controversy about UK involvement, short of a significant land commitment. It's perfectly obvious our special forces are already engaged one way or another. Last year's vote, against a questionable operation, legally and practically, to disarm Syria of chemical weapons, was a welcome assertion of common sense. It was not meant to make it impossible for the Government to act in fast-moving military and diplomatic situations against a clear and present danger to civilisation."