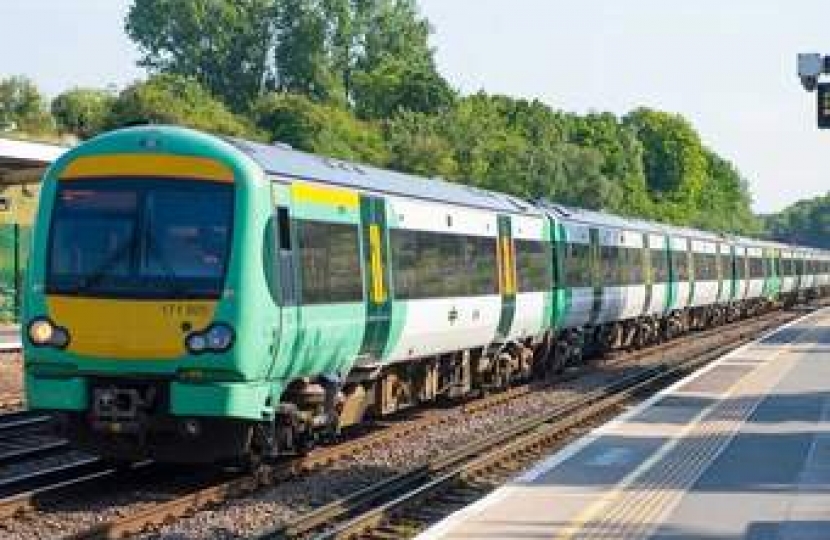 In November 2014, GTR's Passenger Services Director promised that the cuts in services that have been made on the Redhill line since September 2012 would be reversed by a significantly better service in 2018. However, the GTR 2018 timetable proposals have not improved services to the Redhill. In fact, the operator is planning to drop useful destinations and increase journey times for local rail users.

Commenting on the petition, Crispin Blunt noted: “The recent GTR 2018 Timetable consultation gave GTR and the Department of Transport the opportunity to deliver on the promises made to improve the Redhill Route. However what's been proposed in the 2018 Timetable is yet another blow after our services have been diminished year after year. It is time this stopped and Redhill service users are given the timetable they deserve. We cannot just sit back and accept a further reduction in services on an already unfairly disadvantaged route that transports so many people to and from London every day.”

Stephen Trigg, Chair of RRDRUA, commented: “Whilst we are grateful that GTR engaged with us, our key concerns have not been listened to. We do not accept the necessity to increase journey times and take out fast peak services to. It is unacceptable that there will be no direct services to the south coast calling at Redhill. Over 2,200 local rail users urgently call on GTR to address these timetable failings.”