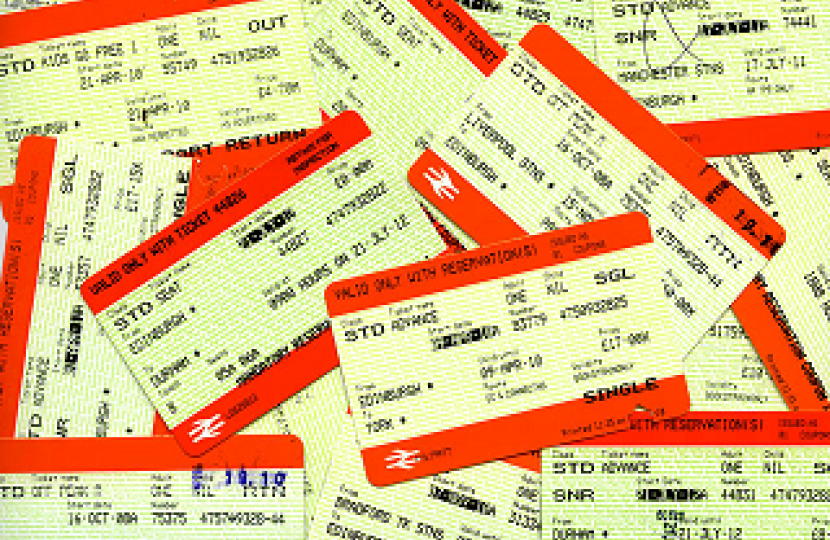 Crispin Blunt has personally intervened on behalf of Southern Rail season ticket holders fearing that they would be penalised financially as a result of a number of their services suddenly being switched to Thameslink trains on 11 December.

Mr Blunt received ministerial assurance from the Department of Transport that there will be no enforcement action for Southern Rail season ticket holders using Thameslink trains until a solution has been found to the anomaly between fares to the same destinations on Southern and Thameslink trains.

GTR has also confirmed that it has instructed its staff to use appropriate discretion towards any passengers holding 'Southern Only' Season Tickets and traveling on trains which are operated by Thameslink as from Monday, until further notice.

Crispin Blunt commented that “due to operational modernisation and improvements, GTR has replaced some of its Southern Rail services with Thameslink services but there is a disparity in the price of tickets between the two operators, despite the fact that they are both operated by Govia Thameslink Railway. This change over has not been thought through, meaning that passengers previously holding Southern Rail season tickets could have been subject to a sudden fare increase. The Rail Minister has assured me that he is working to find a solution.”

“This situation reflects the unacceptable complexity of the fares structure on the GTR network. As the Redhill line is already affected by anomalously high fares compared to other local stations, known as the ‘Redhill Hump’, I have long been pressing for a more simplified and fairer pricing system for passengers traveling on the Redhill line. I recently met with the Rail Minister and received assurances from him that work was underway to simplify the fare structure. I believe that the extension of Transport for London Travel Card zoning from Coulsdon South to Gatwick would provide fares transparency and value for local rail users but, neither this option, or others have yet been produced by the Department of Transport as a solution. Things simply cannot continue as they are.”