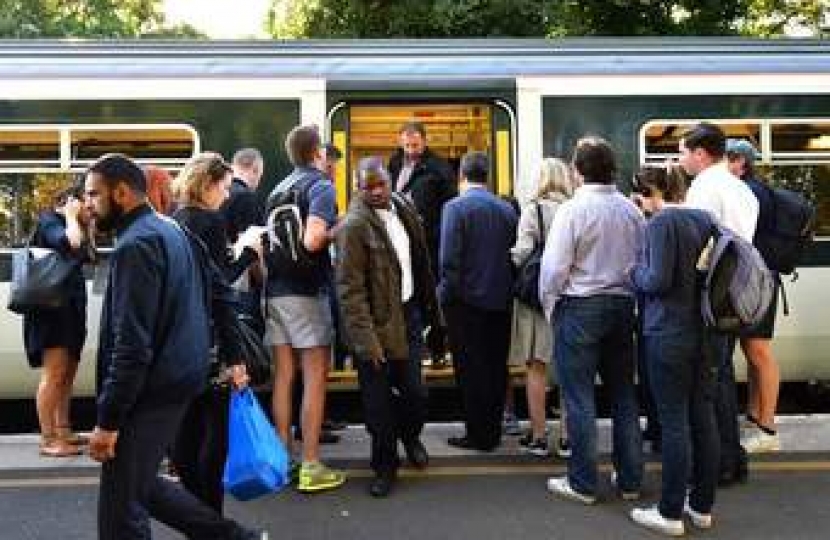 Crispin Blunt has today called on the Department for Transport to urgently provide resources and emergency support to Govia Thameslink Railway (GTR) and Network Rail in order to address the serious operational problems that have resulted in the introduction of GTRs new timetable, affecting hundreds of thousands of commuters and rail users.

Crispin Blunt commented: “It is clear that neither GTR nor Network Rail were sufficiently resourced or funded to manage such a huge operation as the complete redrawing and implementation of the GTR timetable. Staffing levels in the timetabling teams at both GTR and Network Rail have been insufficient to cope with the work-load, resulting in lack of preparedness, especially where GTR services affect trains operated by other franchisees. Furthermore, whilst GTR has recruited and trained a large number of new drivers recently, many of them are still not trained to operate new trains and drive solo on the new routes. The result has been a catastrophic number of cancellations and services being simply withdrawn from the daily timetable.

This is simply unacceptable. My constituents, along with other GTR service users, have had enough and are rightly extremely angry. The current disruption is yet another blow, affecting their lives, careers and families. Government cannot just sit back and let this happen. This is an emergency which needs to be resolved as a matter of urgency.”