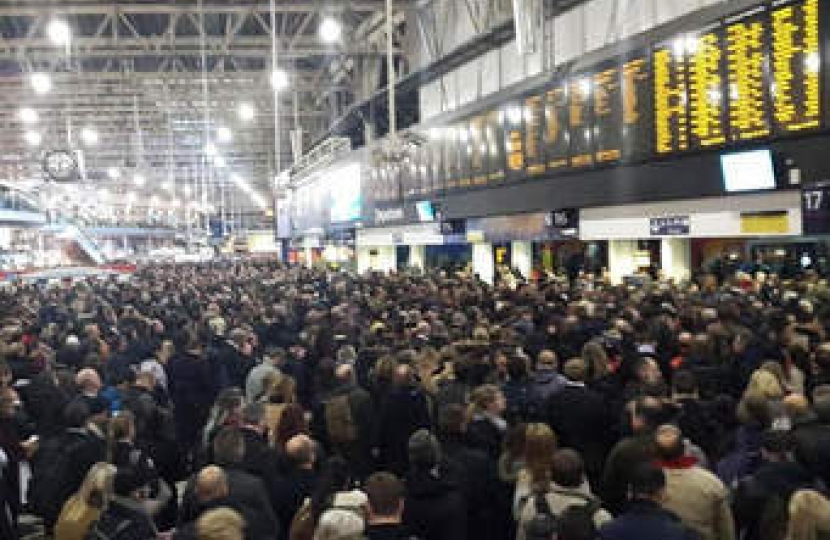 In view of the serious hardships being imposed on the local rail travelling public as a result of the bodged implementation of GTRs new timetable, many constituents have, understandably, contacted me to ask what I have been doing about it. This blog is intended to provide information about meetings I have had this week with the Secretary of State (SoS) for Transport and senior personnel from Network Rail (NR) and Govia Thameslink Railway (GTR) on this issue.

During my meeting with the Rt Hon Chris Grayling (SoS) in Westminster yesterday, I was able to press upon him the particular impact of the current disruption to travellers on Reigate and Redhill services and elicit from him the following undertakings:

Meetings I had earlier today with John Halsall (Route Managing Director, South East) at Network Rail, and Angie Doll (Passenger Service Director) at GTR, provided the following information which may be useful in putting the current situation into context:

It is said that one should not waste a good crisis. I am making very clear the case for earlier action on delivering a 12 car service to Reigate through constructing the new platform 3 is unanswerable, and it would be one way of making some recompense to my long-suffering commuting constituents. The sustained poor service over four years is impacting economically on our community and this reinforces the case for compensatory investment locally. I hope the advancement of this £25m plus project is one of the upsides of the current crisis.

There are a lot of complex issues here, and undertakings do not necessarily mean that things will happen. However, I believe that the voice of Reigate and Redhill district rail users has at least been heard in the right places this week. It will now be important to keep up the pressure to ensure that our services are improved as soon as is possible, that we see improvements in future infrastructure and timetabling, and our fares structure finally being brought in line with other local fares.