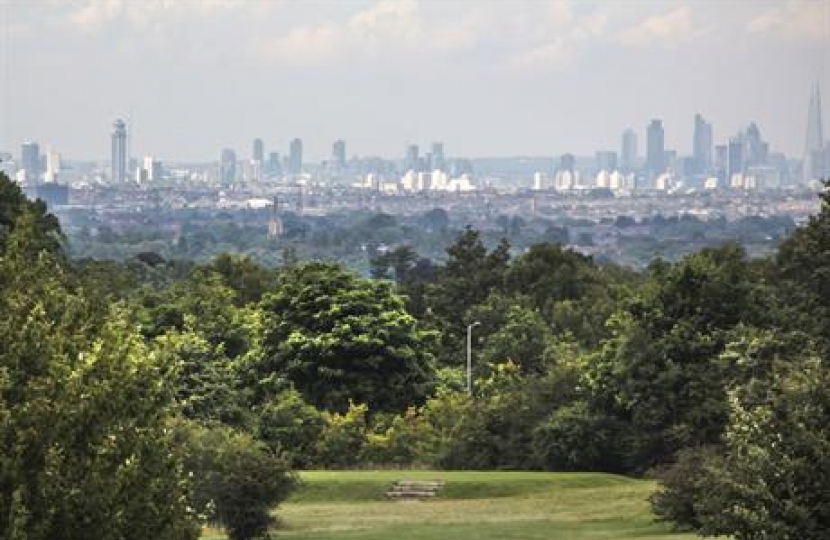 Further to my recent blog outlining my objection to the development of Redhill Aerodrome, I think it is important for me to expand on my reasoning. My objection to this development is based on a wider view that such developments are not in the public interest, nor do they achieve the purported objectives of either reducing house prices or increasing the availability of affordable homes, both being objectives that I support. Developments of this magnitude do, however, put excessive pressure on local infrastructure such as transport, medical services, and schools, whilst at the same time devouring the green spaces that are so important to the protection of the environment that we all benefit from.

They also create the greatest profits for property developers who are able to put extreme pressure on local authorities to compromise on infrastructure and environmental concerns in order that they can meet unrealistic new homes targets. Prices for such homes remain high because of the cost of Green Belt land and the margins that developers feel able to take. Whilst so-called ‘affordable homes’ may be included in the plans for such ‘Garden Village’ developments, developers are generally keen to keep these to a minimum as they are much more able to make money from selling larger and more expensive homes.

My objections to both a second runway at Gatwick Airport and the Redhill Aerodrome development are based on the fact that this part of Surrey forms a key part of the London Metropolitan Green Belt that separates urban London from metropolitan areas in other parts of the South of England. Such proposals will inevitably lead to more urbanisation and development in an area of the country where this is not appropriate. The Green Belt was set up to protect such parts of the country from urban sprawl. This has both social and environmental implications for the quality-of-life of both urban and rural communities living in and around London.

I am not blind to the fact that there is a shortage of affordable housing nationwide, and that this is preventing families from getting onto the housing ladder. This is an unacceptable and divisive situation which has to be addressed. However, rather than build more expensive houses on prime greenfield land, I believe that there are other, more effective solutions to rectify this situation, such as creative brown-field and infill development schemes, and urban renewal programmes which bring affordable accommodation into the centre of existing built areas in greater London and surrounding towns, such as Redhill, without taking green fields in the Green Belt. The Chancellor has highlighted that there are 270,000 residential planning permissions unbuilt in London alone, and it has been estimated that there is brownfield capacity for 423,000 homes in London over the decade 2015-2025.

There should also be a national view of appropriate new homes and industrial development. Areas of the country in need of industrial and housing development should not be sacrificed to feed the demand of London and the South East, further dividing our country. We need to ensure rather cities in other parts of the country, particularly north of Birmingham, are further stimulated with new housing and infrastructure to create regional economic hubs, connected by transport systems, such as HS2 and HS3, to each other and to London.

If we continue to allow developers the freedom to cash in on green-field development where economic demand is already the greatest, i.e. in London’s Green Belt, we will do severe damage to the north of our country by not stimulating additional demand and economic activity there.

Local authorities situated in the London Metropolitan Greenbelt are struggling to meet new homes targets without setting aside greenfield areas such as Redhill Aerodrome as potential development sites in their Local Plans. I believe that, instead of succumbing to pressures from the Housing Inspectorate, they should challenge current government planning policy which puts local authorities across the country indiscriminately at pressure to meet sometimes unrealistic new homes targets. In places like rural Surrey, as I have already observed, this can lead to private developers putting pressure on local authorities to accept potentially unsuitable and costly housing plans in order to meet new homes targets, rather than allowing locally elected council’s to decide what types of housing, including social housing and affordable homes (and local amenities), are really needed. One approach could be to put local authorities in the driving seat, allowing them to set out their local needs in tenders that developers could compete to win.

Finally, increasing housing supply is only one part of the equation. This needs to be accompanied by other measures to support young families and other first-time buyers onto the housing ladder. There also needs to be a wider acceptance in society that some people will be forced to live longer in rented accommodation than has been the case in the past. This may require further measures to protect tenants from unscrupulous landlords, uncontrolled ground rent and service charges, and insecurity of tenure. It will also mean improving the variety and quality of rentable homes available.