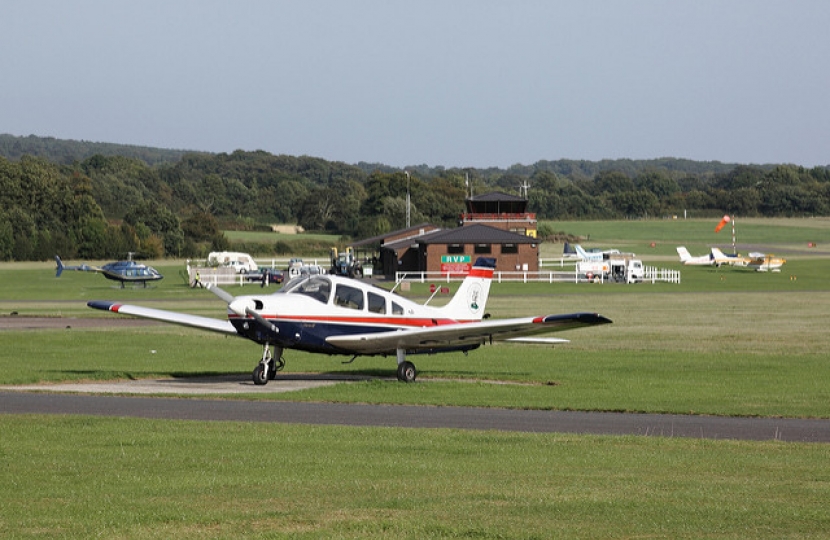 I share the concerns voiced by many of my constituents about proposals to develop Redhill Aerodrome into a ‘garden village’ containing 6-7,000 new homes. Not only would such a large scale development have serious implications for local transport and infrastructure, but it would wholly compromise the very purpose of London’s Green Belt.

Whilst high-level proposals have been discussed at both Reigate and Banstead Borough Council and Tandridge District Council, the site being located in both boroughs, no final decision has yet been made as to whether or not the development will take place.

Tandridge District Council has yet to nominate its final option for a large-scale development of this kind and is not expected to do so until Q2 2018, and Reigate and Banstead has allocated the aerodrome as a ‘potential site for development’ in the latest iteration of its Development Management Plan. However, as it is likely that this proposal will once again rear its head in 2018

I believe that the time is now right to start voicing opposition to the proposal in principle, even if the finer details have yet to be drawn up.

The proposal is unsuitable on the grounds of its negative impact on local infrastructure and traffic congestion, though the local authorities will be pressing the developers to include infrastructure developments such as new schools, medical facilities and transport links, including a spur road from the M23 to East Surrey Hospital, in their plans. However, I believe that the issue of indiscriminate development on greenfield sites is an equally compelling reason to object.

The proposed Redhill Aerodrome development is not an isolated issue. Under the current planning system, local authorities such as Reigate and Banstead and Tandridge, situated in the Green Belt, are being put under unreasonable pressure to build unrealistic numbers of new homes by the Planning Inspectorate.  Leaders of all 11 Surrey borough and district councils agree that most of Surrey is heavily constrained by the Green Belt and other important designations, imposing severe limitations on their ability to meet local housing targets.

They have written to the Secretary of State for Communities and Local Government, Sajid Javid MP, in response to the recent white paper entitled "Planning for the Right Homes in the Right Places", which proposes that the number of houses expected to be built across each local authority area in Surrey should rise by as much as 40%. This could not be accomplished without severe erosion of the Green Belt.

If we continue to allow developers the freedom to cash in on green-field development where economic demand is the greatest, i.e. in London’s Green Belt, we will do severe damage to the north of our country by not stimulating additional demand and economic activity there. At one stroke, we are despoiling the environment in the south-east and sucking the life-blood out of the north.

I will, therefore, be enlisting support for my opposition to the Redhill Aerodrome Development proposal in the coming months, and believe that there is a groundswell of local like-minded opinion to support such a campaign.