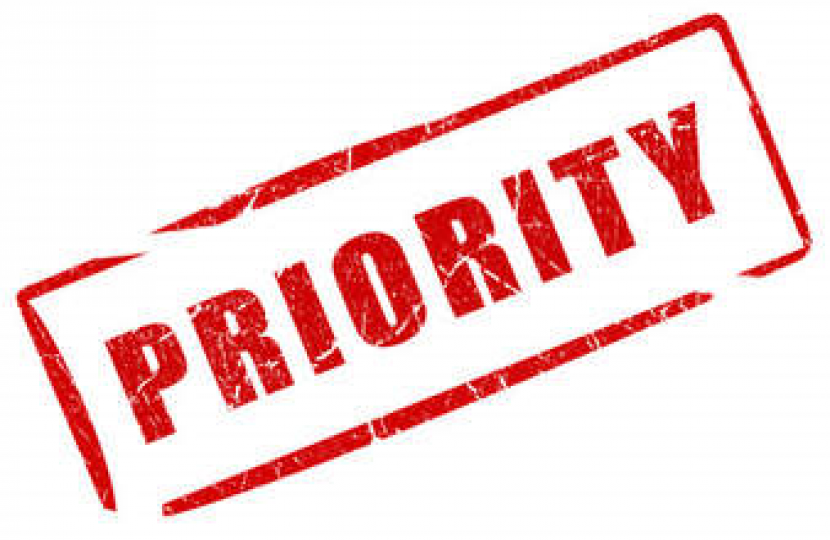 During the summer Parliamentary recess, I have once again been considering the local priorities that will be driving my agenda in the coming months.

Naturally, there are a range of major national challenges facing us all that I will be contributing to in Parliament, including the evolution of Brexit negotiations, the case for legalising cannabis and barred medicinal drugs, the future of the NHS, the National Planning Policy Framework (NPPF), and Green Belt protection, not to mention international issues such as common European Defence and Security Policy, the Middle East settlement, and post-Brexit international trade issues.

However, locally, there are a number of important issues that remain unresolved and to which I intend to use my influence to press for satisfactory solutions.

Local transport infrastructure issues remain at the fore, notably the ongoing problems on our local railway service, contentious plans to improve the traffic flow on the A23 at Hooley, and ongoing concerns about aircraft noise from Gatwick.

I will continue to communicate directly with the Secretary of State of Transport and The Rail Minister, as well as stakeholders such as Govia Thameslink Railway (GTR) and Network Rail (NR) to keep raising the serious concerns expressed to me by many constituents about the local railway service, especially since the bodged introduction of GTR’s new timetable in May 2018. I have been calling for a review of the timetable to improve the number of direct services and destinations from our local stations, measures to improve reliability, a widening of the GTR compensation scheme to include Reigate and other Thameslink feeder stations, a fairer fares structure by removing the ‘Redhill Hump’, and improved local infrastructure spending, notably the building and financing of a new platform at Reigate Station which would enable 12-car Thameslink trains to terminate there and improve service frequency from Reigate and Redhill to London Bridge.  This is very high priority as the constituency’s prosperity is inextricably linked with its location as a key rail transport hub.

I will also continue to put pressure on the Department for Transport (DfT) and Highways England to reconsider current plans for a road widening scheme on the A23 at Hooley which has concerned local residents and councillors alike. Whilst I very much favour improvement in traffic flow and the subsequent reduction in air pollution on this important stretch of road, I believe that the current plan should be reconsidered in the light of a pending decision about the future of a major roundabout and Interchange project where the M23 and A23 meet which is key to any wider improvements in road infrastructure through Hooley.

In terms of local aircraft noise, we continue to await news from Gatwick Airport Limited (GAL) on plans to redesign take off Route 4, which is still causing concentrated aircraft noise for residents in a corridor across Sidlow and Salfords, despite the judicial review earlier in the year pronouncing that the Route was unlawfully imposed by the Civil Aviation Authority (CAA). I continue to hope that local community groups and residents can come to a consensus on how best to resolve the issue of Route 4’s new design to speed up the consultation process that any new airspace design requires, and encourage GAL to move as quickly as possible to implement a new and less obtrusive routing. I am also aware that more and more Heathrow departing aircraft are flying over the borough, and will be putting pressure on the Dft and CAA to resolve conflicting Heathrow and Gatwick routings in the forthcoming London and South East England Airspace Review.

Protection of our Green Belt and opposition to proposed developments that threaten it will be high on my priority in the coming months. As Co-chair of the All Party Parliamentary Group (APPG) for London’s Green Belt, I will be urging MPs and Ministers to reconsider the strength of legislative protection against greenfield development and the pressure to build new homes currently being put on boroughs and districts in Green Belt areas. I am delighted that opposition from Reigate and Banstead Borough Council has helped to deter Tandridge District Council from opting to build a ‘garden village’ on the Green Field site of Redhill Aerodrome, and will be pressing our local authority to continue to oppose any Green Belt Development pressures caused by unrealistic new homes targets imposed by the Planning Inspectorate.

Another priority for me is to support the proposals currently being put forward by Epsom and St Helier University Hospital Trust to build a new specialist care unit, preferably in the grounds of the Royal Marsden Hospital in Sutton, to provide improved acute care services to constituents, especially those living in the north of my constituency. This is a complex and costly proposal which has already produced intense feelings amongst supporters of the both Epsom Hospital and St Helier Hospital, concerned that it will somehow diminish existing services at these two hospitals. I do not believe this to be the case, but see the proposal and an opportunity to improve overall hospital service offering to residents in the Trust’s catchment area.

I will be keeping a watching brief on developments at the Horse Hill oil exploration site in the south of the borough, where Horse Hill Developments Ltd (HHDL) has recently received a license for further well-testing to determine whether or not the two seams of oil under the site are viable for commercial production. Whilst I generally support the concept of local fossil fuel production and its consequent contribution to our national energy security, this comes at a time of increasing concerns about the unknown and potentially unregulated consequences of new oil and gas extraction methods including hydraulic fracking and acid simulation, the effects of which need to be clearly understood before the public can be totally reassured about the environmental and geological consequences of such extraction methods. I will continue to press for more clarity on these issues whilst maintaining contact with the development company at Horse Hill, the Environment Agency and other regulatory bodies.

Another major cause for concern in the coming months will be the consequences of service cuts resulting in budgetary constraints at Surrey County Council. I do not believe that the current national funding formula for local authorities is sustainable and believe that Surrey is particularly badly affected by it so I will be supporting a review of this. Furthermore, whilst accepting that service cuts are inevitable, I will be monitoring how these are effected so that they do not unnecessarily cause further hardship for the most disadvantaged and needy in our community.

As well as attending to these specific issues, I will continue my commitment to the constituency by responding to constituency casework queries as quickly and efficiently as possible, by holding regular surgeries for constituents, by making regular visits to and supporting issues faced by local businesses,  schools, colleges, charities, and health-care facilities, and by continuing to promote the embryonic Reigate and Banstead Community Fund in order to create a long-term philanthropic grant-giving fund for local charities and good causes.