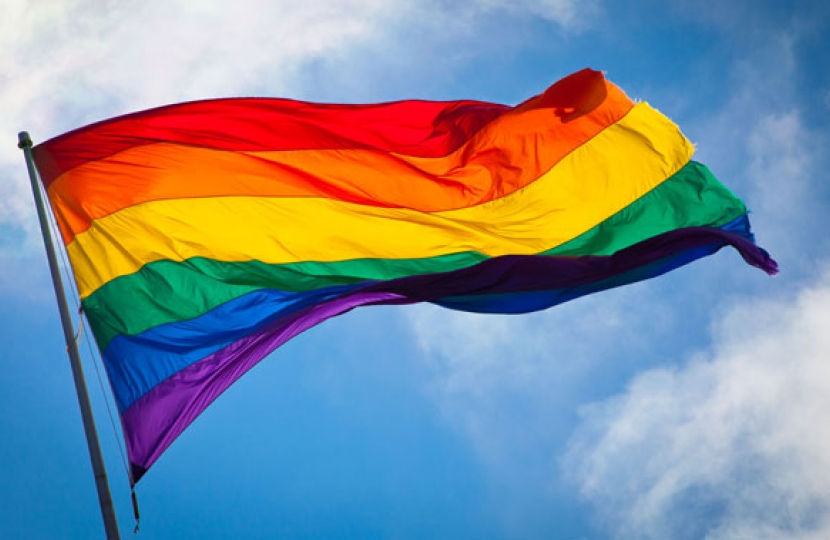 Crispin Blunt MP has demanded that Nigel Farage retract his support for Alabama firebrand Judge Roy Moore and called upon the Republicans in Congress not to accept Judge Moore into the Republican caucus should he be elected to the Senate in December. Judge Moore, who has repeatedly expressed deeply homophobic views, won the Republican nomination for the Alabama Senate seat on 26 September despite President Trump’s support for another candidate.

The former UKIP leader Nigel Farage spoke at a rally in Fairhope, Alabama on the eve of the Alabama primary, saying he had “absolutely no hesitation” in supporting him and praising his “conservative values”.

This is despite Judge Moore being on record for inflammatory and homophobic remarks, arguing that “Homosexual conduct should be illegal”; claiming “sodomy [and] sexual perversion sweep our land”; likening homosexuality to bestiality; and going so far as to say “Sodomy is a crime against nature and God. We need to nip that in the bud. If we kill a few homosexuals, they’ll get the message”.

“It is appalling that Nigel Farage, the former leader of UKIP and a prominent politician in the UK, thinks it makes sense to intervene in a US Republican primary process to endorse a candidate with such extreme and vile views. In praising Judge Moore’s values, he allies himself with deeply divisive, inflammatory homophobic positions that have no place in modern Britain or America. In view of this, I am asking Mr Farage to reconsider his support and retract his endorsement of Judge Moore.”

“I have written to the Senate Majority Leader Senator Mitch McConnell arguing that Judge Moore’s views must surely disqualify him from the honour of being a member of Republican congressional caucus. That is of course would be a decision for the Republicans, but it would be very difficult for me to accept the British Conservatives continuing to be associated with the Republicans in the International Democratic Union as if nothing had happened - in the unhappy event that Judge Moore becomes a Republican Senator.”

Nigel Farage’s speech in support of Judge Roy Moore on 25 September can be watched here.

We have been appalled to see that Judge Roy Moore has recently won the Republican nomination for the Alabama Senate seat.

That someone who hopes to hold high office in the United States should be on record for such inflammatory and homophobic remarks - without retracting or apologising for such remarks - is extremely alarming. In 2005, for example, he said in a television interview that “Homosexual conduct should be illegal, yes”, and likened homosexuality to bestiality. That he is reported to have said in an interview that “Sodomy is a crime against nature and God. We need to nip that in the bud. If we kill a few homosexuals, they’ll get the message” is well beyond simply disturbing. It is completely unacceptable.

Without doubt, Judge Moore’s abhorrent views on homosexuality, and indeed his complete intolerance for those who do not share his extreme religious views, are at complete odds with our shared global outlook with its fundamental attachment to the freedom of our countries and people. It’s not much of a freedom if those promoting it want to kill us, and if not kill us, remove the freedom to be ourselves. Roy Moore’s views must surely disqualify him from the honour of being a member of Republican congressional caucus.

Whether someone like Judge Moore could sit as a Republican in the Republican caucus is of course a matter for you and the Republican Party, but in the unhappy event of his election we implore you to let the opprobrium lie on the people of Alabama until they can review their choice, and not be shared with you, our international political allies.

As Members of Parliament of your sister party in the United Kingdom, we would feel no choice but to seek a review of our association with the Republican Party should Mr Moore be permitted to serve as a member of the Republican Senatorial caucus. We would seek the Republican Party’s expulsion from the International Democratic Union (IDU) or else review the Conservative Party’s position in the IDU.

We hope you appreciate the seriousness of our concerns about Judge Moore’s fitness for office. His election as a Republican is bad enough, not least for Alabama; sitting as a Republican would damage the cause of Conservatism, and the global promotion of freedom under the rule of law that we have proudly stood for together.