Boris Johnson - Well, folks, this is it, then. 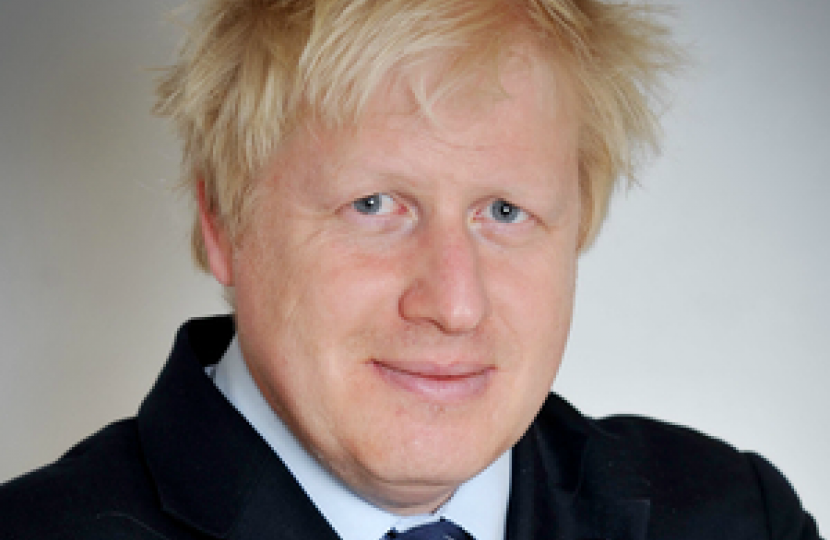 Well, folks, this is it, then. Monday is the day that the royal hands are kissed (not, I think, literally). The bomb-proof prime ministerial Jag will zoom back down the Mall and across the country thousands of relentlessly jovial parliamentary candidates – including your correspondent – will descend on the shell-shocked electorate in what they are all calling the most nail-biting, cliff-hanging, knife-edging photofinish of a campaign: the closest election of modern times.

As it happens, I agree strongly with the betting markets in thinking that the country, in the end, will get it right. People will see that there is a choice between a Conservative Party that has done an outstanding job of turning the economy round, delivering record employment, record numbers of new businesses, record apprenticeships – and a high-taxing, union-dominated Labour Party that would take this country back to the Seventies.

I think people see what we mean by one-nation Toryism: that it’s only if you encourage wealth creation that you can pay for the hospitals and the schools and the roads and all the support a civilised society must give to the poorest and neediest; and by May 7 people will have seen that Ed Miliband is a Left-wing egalitarian theoretician who has absolutely no interest in the culture of enterprise, aspiration and opportunity that this country needs – the culture that this Government has done so much to encourage.

Whatever the polls may say about the closeness of the race today, I reckon the public will take one look at the abyss and pull back.

In the meantime, though, I want to show you some of the horrors in that crevasse. There is one set of polling data that is now beyond doubt. There is one part of Britain where a seismic change has already taken place, and that is Scotland. In yesterday’s The Times, Damian McBride, Gordon Brown’s former spin doctor, wrote an excellent piece in which he analysed the Labour disaster north of the border.

Labour has basically given up the fight, he announced. They have moved through the cycle of grief, from denial to anger to depression to acceptance. They know that the gaps are so big that they are going to lose at least 20 seats to the Pisces of the political firmament – Salmond and Sturgeon.

It has taken some time for Westminster to grasp what this means for Britain. If Labour were to win an outright majority, they would need another 69 seats from all other parties; and no one thinks that is going to happen. If they lose 10 seats in Scotland, that pushes the required number of seats up to 79. If they lose 20, they need 89 – and so on. In other words, it is now becoming ever clearer that the only way Labour can govern this country is with the support of the Scottish National Party – and that is a prospect that is chilling the blood of sensible people across the UK.

I watched Nicola Sturgeon on television at the weekend, and the SNP leader was making no bones about it. She made a clear and unambiguous commitment to support and to work with a minority Labour government; as well she might, since she wants to reassure those huge numbers of Labour-SNP switchers in Glasgow and elsewhere that they can have their cake and eat it: a more Left-leaning government in the whole of the UK, and more independence for Scotland. And her promise, alas, is in one sense entirely plausible. Salmond at Westminster would run rings round Miliband, and in any kind of Labour-SNP coalition it is all too easy to see how the Scottish tail would wag the English dog.

The Scots Nats want to end and reverse all benefit reforms, even though these are supported by the New Labour faction in Miliband’s party and by the overwhelming majority of the British public. The SNP positively drool about the swingeing new taxes they could impose on the English, especially in London and the South East. They also want to scrap Trident – in defiance of most experienced and serious Labour MPs.

They would pursue policies, in other words, that would weaken Britain at home and abroad and, if he wanted to be prime minister, Miliband would have no choice but to bob along and agree. We would be consigning this country to five years of the most negative and regressive Left-wingery, larded with a ghastly finger-wagging political correctness.

In the end, though, the SNP agenda is subtler and more insidious. What do they really want? It’s there in the title. They want a new nation; they want independence. And to that end they will surely spend their time in government in a constant effort to tease, bait, goad and generally wind up the English until the patience snaps.

They will want five years of socialism in the UK, followed by another chance at breaking away. The risk is that by then the people of England will be so fed up with the moon-faced Salmond, with his sanctimony and sarcasm and beautifully judged air of injured innocence, that they will throw up their hands and consent – and we would incur the disaster that we thought we had averted last year.

The awful thing is that Labour in Scotland is already being forced to play along with this strategy: see Jim Murphy’s pathetic attempts to steal SNP clothes, bragging about tax raids on London and the South East in a way that has infuriated Labour in London.

It is no way to run a country, let alone to strengthen the union. The tragedy of Ed Miliband is that he can only govern this country by relying on a party that wants to destroy this country. There would be five years of socialism, and then a rupture that would appal the world. “Doubtful it stood,” says the sergeant describing the state of the battle at the beginning of Macbeth, “as two spent swimmers that do cling together / And choke their art.”

That is a perfect description of the state of Labour and the SNP in Scotland – and, if it were to come to it, in the country as a whole. They are locked in a deadly embrace, and the risk is that they will take the rest of us down with them.