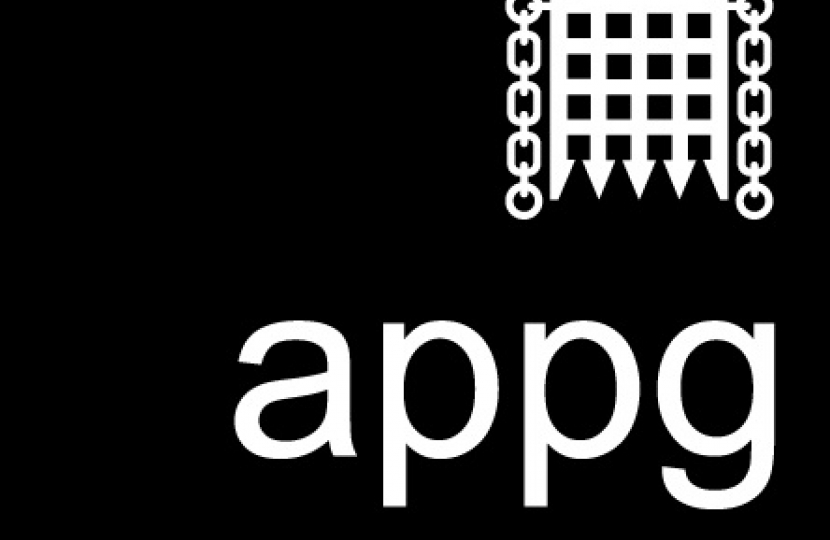 As the new Parliament settles down to business, All Party Parliamentary Groups (APPGs) are being formed on a whole plethora of topics.

APPGs include members of the House of Commons and the House of Lords from all parties who meet together, relatively informally, to promote causes of interest to those parliamentarians. APPGs are cross-party, with officers drawn from the different political parties. They can focus most on the government’s priorities, discussing new developments and inviting government ministers and others to speak at their meetings. Whilst APPGs have no formal place in the legislature, they are an effective way of bringing together parliamentarians and interested parties to bring issues which may otherwise not find a strong voice to the attention of Parliament. APPGs must be registered every parliamentary year and must hold an annual general meeting where the Chair and Officers of the area elected.

I am delighted to have recently been elected as Co-Chair of the All Party Parliamentary Humanist Group (APPHG) which brings together like-minded MPs and peers to discuss issues relating to humanism. The APPHG has a long tradition of promoting human rights and addressing contemporary ethical issues in Parliament. High on the group’s agenda is to ensure that the 50% cap on religious selection by new state-funded faith schools in England is maintained in order to prevent publicly-funded discrimination and segregation. Other issues to tackle in this Parliament include: provision of non-religious pastoral support in hospitals and prisons, extending legal recognition for humanist marriages in England, Wales, and Northern Ireland, supporting living wills and humane assisted dying, and countering religious extremism in schools.

I am also pleased to have been elected as Secretary to the All Party Parliamentary Group on Global LGBT Rights, which exists to advance LGBT rights around the world. It is a group which I helped to establish in 2015 to provide a forum for parliamentarians, campaign groups and business to work together to monitor and champion LGBT rights around the world and push back against abuse and discrimination.

I am also in the process of setting up a new APPG on London’s Green Belt along with MPs and Lords who share my concern that the current ubiquitous drive to build new houses puts the very existence of the London Green Belt at risk. Whilst I recognise that there are failings in our current housing market, I do not believe that the solution is to create excessive new homes targets for all local authorities across the country, especially those such as Reigate where land use is restricted by ‘Green Belt’ or ‘Area of Outstanding Natural Beauty’ designations. The Green belt is there for a purpose and I am not prepared to stand by and watch it being gradually eroded due to the unnecessary plundering of green space by planners and local authority housing departments. I am pleased that the group will be supported by the London Green Belt Council (LGBC) and the Campaign for the Protection of Rural England (CPRE).

Finally, I remain a member of the APPG on Southern Rail. This Group has managed to put significant pressure on the Department for Transport, Network Rail and Govia Thameslink Railways to work towards improvements in the service, following the terrible hardships that rail users have had to face during the upgrade of London Bridge station and the industrial action.