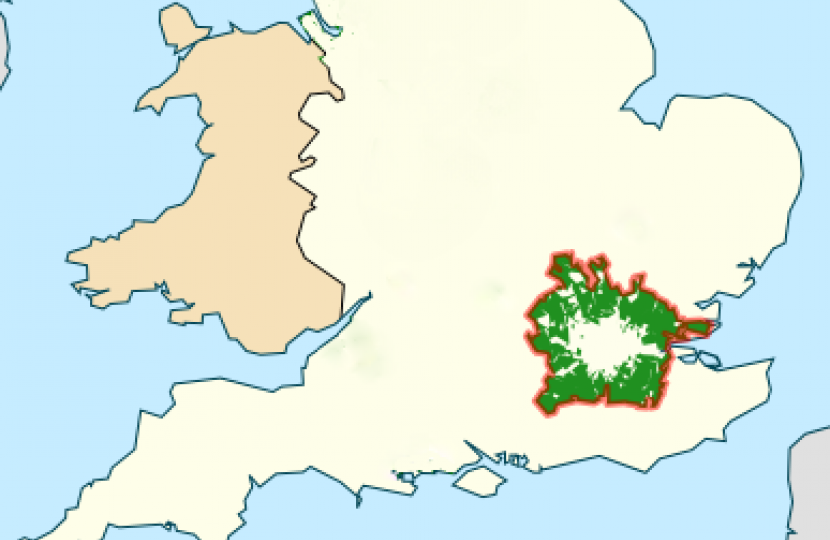 The All-Party Parliamentary Group (APPG) for London’s Green Belt has welcomed the Prime Minister’s speech this morning (4 March), in which she reiterated the importance of protecting the Green Belt, and is calling on the Government to lift the shadow that still hangs over the London Metropolitan Green Belt due to excessive and unsustainable housing targets and the lack of clarity in government guidance to local authorities.

Co-Chairs of the APPG, Crispin Blunt MP (Conservative) and Lord Rogers of Riverside (Labour) are urging the Secretary of State for Housing, Communities & Local Government, the Rt Hon Sajid Javid MP, to make unambiguously clear to councils that they cannot use the justification of ‘exceptional circumstances’ to allow developers to grab Green Belt land for market housing. They cite the Prime Minister’s statement this morning that local councils should not take the ‘easy option’ to earmark large Green Belt sites for housing development in their local plans, and that instead they should focus on increasing urban densities rather than sacrificing countryside or green spaces.

The statement from the APPG Co-Chairs says:

“We welcome the Prime Minister’s Green Belt pledge this morning, which we hope signals a shift towards a much stronger policy framework which protects our precious countryside and open spaces, and which keeps the Green Belt as an essential defence against urban sprawl. We are pleased to hear that there will at last be government action to close the gap between planning permissions and housing completions, and to stop developers from abusing ‘viability assessments’ to reduce the proportion of affordable housing within their developments.

“However, we are still getting mixed messages from the Government. The housing crisis is not about availability of land, it is about affordability of homes, and yet we are still seeing pressure for the release of more land for housing. Inevitably this includes some Green Belt land. If ministers are committed to the Green Belt, why have we seen local authorities such as Reigate & Banstead forced by the Planning Inspectorate to identify greenfield land in the Green Belt to demonstrate that they have sufficient land supply identified for housing?

“Despite the Prime Minister’s reassurances about the importance of the Green Belt, it is worrying that the Government is still proposing to increase housing targets in many areas in London and the South East. Some councils have had their housing targets increased by up to 40% on the basis of affordability. These housing targets have been used by the Planning Inspectorate to force councils to identify greenfield land in the Green Belt for potential development. Even with increased urban densities, it will be impossible for these councils to meet such targets without loss of green space in the Green Belt, particularly where like Tandridge District for example, it is almost entirely inside London’s Green Belt and has limited urban conurbations.

“The fact is that building on London’s Green Belt will not help meet the housing need except at the price of urban sprawl and the further economic imbalance between north and south. It will be the very opposite of a ‘national’ housing policy.

Putting local authorities under excessive pressure to build, especially when most of the land within their district is within the Green Belt can only lead to the loss of vital green amenity space for our capital city. There are indications that some in the Government understand this, but unless we, and the Planning Inspectorate, have absolute clarity that housing demand does not constitute ‘exceptional circumstances’ for re-drawing Green Belt boundaries, our green spaces will continue to come under threat.”