All Party Group calls for access to medical cannabis for Alfie 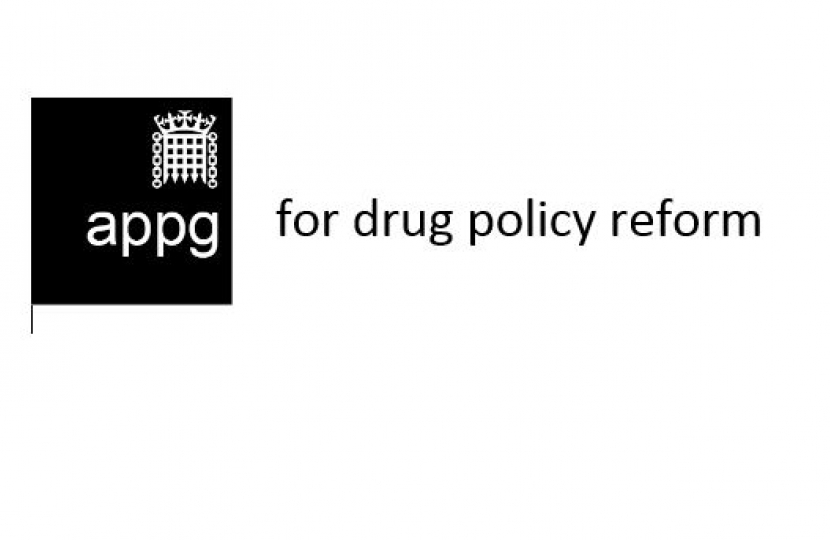 Parliamentarians launch a national campaign to call for the Home Office to issue a Licence to enable 6 year old Alfie to lead a normal life and to avoid hundreds of seizures and 3-4 hospital admissions every month.

Officers of the All Party Parliamentary Group on Drug Policy Reform today called upon the Home Secretary to issue a licence for Alfie Dingley to get the prescribed medical cannabis he so desperately needs.

Six year old Alfie Dingley has a rare form of childhood epilepsy (PCDH19), which triggers multiple serious seizures. He was having at least 150 seizures a month and was in hospital about 48 times in the year beginning September 2016. Since September 2017, when Alfie went to the Netherlands to receive oils derived from whole plant cannabis prescribed by a paediatric neurologist, Alfie’s seizures have reduced dramatically in number, duration and severity.

Alfie returned to England on Monday 12 February, but Alfie’s parents are prevented from bringing one of the medicines he needs into the UK because Cannabis is in Schedule 1 – for controlled drugs with no medicinal value. If the Home Office continues to refuse a licence for Alfie’s family to import the medical cannabis, his condition will deteriorate.

“It would be heartless and cruel not to allow Alfie to access the medication he needs to make his life as seizure-free as possible and to keep him out of hospital. Parliament really must look at reforming our laws to allow access to cannabis for medical purposes, which has huge public support. Right now, however, the Home Secretary can grant a special licence for Alfie to get the drug he needs.”

“Granting Alfie a licence is a common sense decision the Home Secretary could make today to change this boy’s life forever.

“In Holland where this medication is available to him, Alfie would be in hospital for 15 days a year suffering seizures lasting up to a minute. In the UK, he will be in hospital for 150 or more days every year, suffering far more dangerous seizures during which he stops breathing, for almost a week at a time. Bringing Alfie home and allowing him to get the help he needs will dramatically improve the quality of life for this 6-year old boy, but will also save time and money for the NHS.”

“The Government argues that they need further proof that whole plant cannabis products have medicinal value. This is perverse and, in Alfie’s case, surely contrary to his human rights under articles 2, 3 and 8. Alfie’s family will, if necessary fight this case against the hospital trust and Home Office through the courts, represented by Bindmans Solicitors.

“When 11 (soon to be 14) European Countries and 29 US States among other nations have access schemes for medical uses of cannabis, it is outrageous that the UK is dragging its feet, causing untold suffering to thousands of patients. At least a Home Office licence could save just one very sick child – Alfie Dingley.”

“The products made in the Netherlands, under licence by the government’s Office of Medicinal Cannabis, contain up to 2% of tetrahydrocannabinol and are of high quality, without impurities. Whilst cannabis remains an illicit drug under the strictest schedule 1 control, the Home Office must grant an exception for this cannabis therapy.”

“Alfie has gone from a death sentence to the prospect of a more normal life with school, friends and fun, in his own familiar home. We want the people who have the power to give him this gift to put themselves in the position of Alfie’s family, to think creatively and with open minds and to find a way forward. Above all we want compassion to find a way round inflexible rules.”

Alfie’s rare form of epilepsy causes him to suffer 20 to 30 seizures a day, in episodes or clusters, which last 3 to 4 days. Each seizure can last up to fifteen minutes and often Alfie stops breathing and needs oxygen. The medicines available in the UK can gradually control Alfie’s seizure clusters in hospital, but will over time cause him to be hospitalised with psychosis, his major organs will be damaged and eventually he will die prematurely.

For five months Alfie and his parents have lived in a holiday camp in the Netherlands so that Alfie can have his life-saving medicine from a paediatric neurologist, who treats intractable epilepsy in children with whole plant medical cannabis products. Alfie now has only about 1 or possibly 2 seizures per month, and the seizures are much less intense.

Now Alfie and his parents have to return home to the UK because they cannot get medical insurance in the Netherlands, a requirement of the Dutch Government. Unless a solution can be found, Alfie can expect to return to 150-250 seizures a month and constant symptoms which prevent him leading a normal life.

The co-chairs of the APPG for Drug Policy Reform have asked the Home Office to provide a special licence to Alfie’s family as a matter of urgency to enable them to bring Bedrolite Oil, which is a cannabidiol oil and Bedica Oil which contains 8% CBD and 2% THC into the UK and to enable his UK Consultant to prescribe both Bedica and Bedrolite. The Home Office has so far refused to do this.