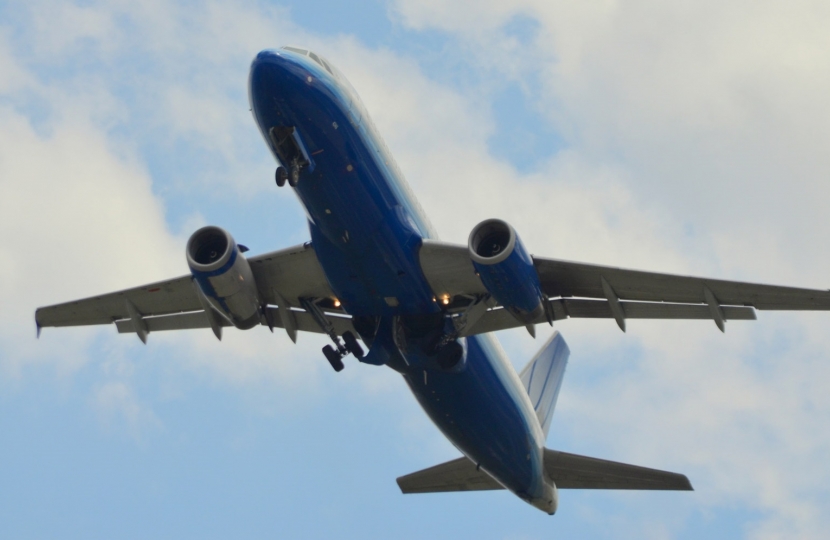 With the Airports Commission due to report, members of the Gatwick Coordination Group (GCG)* have written to the Cabinet Secretary. They are seeking assurances that Ministers with a constituency interest in the decision on an additional UK runway will not be involved in the Government’s deliberations on the Commission’s recommendation.

The MPs point to the Ministerial Code which states that Ministers must take “particular care to avoid any possible conflict of interest” where decisions might have an impact on their own constituencies.

Crispin Blunt MP, Chair of the GCG, raised a question on ensuring the non-involvement of Cabinet Ministers with constituencies close to Heathrow in Parliament (Transport Questions, Thursday 11th June).

“The Airports Commission will make a recommendation for a national decision on airport capacity. As a national decision which needs to be taken in the national interest, arrangements should be in place to ensure that Ministers with a constituency interest are not involved in the Government’s response and decision.

“We are quite clear that Gatwick would not only be a disaster for local communities, but not in the national interest either. There is no economic, business or practical case for Gatwick to become the same size as Heathrow: no labour force, no surface infrastructure and it is unable to deliver a UK Hub.

“Gatwick is fundamentally the wrong solution, both locally and nationally. It will devastate local communities and provide just a fraction of any additional benefit to the UK compared with Heathrow.

“We would be astonished if the Airports Commission does not endorse this blindingly obvious conclusion and hope the Government moves fairly and rapidly to act on their recommendations.”

The Members of Parliament on the Gatwick Coordination Group are as follows:

Sam Gyimah MP, Member of Parliament for East Surrey, also supports the Group but, as a Minister with a constituency interest is not included in this letter to Sir Jeremy Heywood.