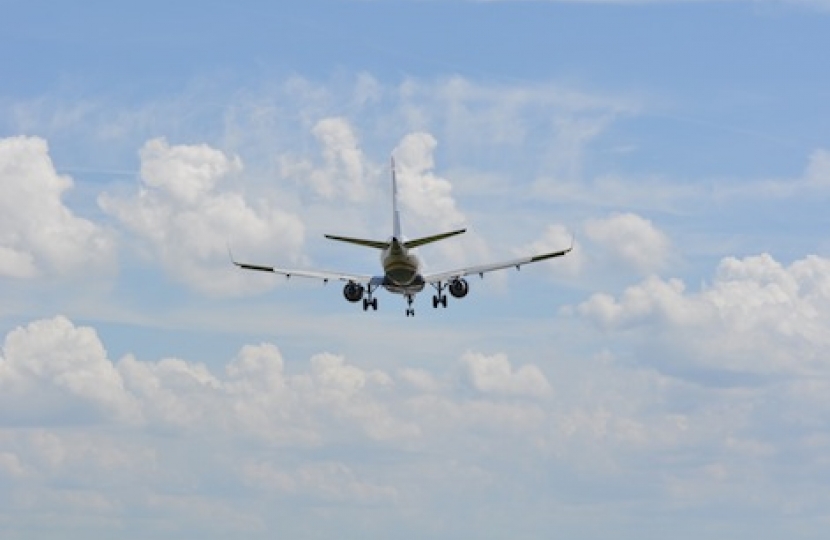 Following a meeting with Crispin Blunt in Westminster, Gatwick Airport Limited made the following statement:

"Crispin Blunt met with Stewart Wingate the Chief executive of Gatwick Airport Limited on Thursday 4th December 2014 in Westminster to discuss issues in relation to both the second runway proposal and the question of precision navigation (P-RNAV) and its implementation particularly in respect of the route that now overflies Reigate and Redhill. Mr Wingate was accompanied by Alastair McDermid and Charles Kirwan-Taylor.

Mr Wingate explained the airport's position in respect of the introduction of P-RNAV on its departure routes. The aim of the new technology is to offer safer, more fuel efficient use of the nation's airspace, and that through creating the possibility of very precise air traffic routes, the new technology is meant to allow for routes which reduce the total number of people affected by noise, in line with government policy.

Mr Wingate agreed with Mr Blunt that the implementation of the new technology was having serious negative effects for the population in the south of Reigate and Redhill who were now actually underneath precise new flight paths. The airport had recognised this formally to the consultative committee, GATCOM on Thursday 23th October 2014. The airport was in active discussions with NATS, the CAA, and the Department for Transport, as well as with its airline partners to review the implementation of the new technology. The objective would be to achieve a fairer distribution of noise impacts, through better respite, alternative routes or through replicating the flight paths that had existed before, should that be technically feasible.

Separately, Mr Wingate reported the airport had decided to delay the implementation of the new technology on arriving flights, which would otherwise have happened in October. Mr Wingate agreed that he would report back on the progress of these talks, and try to outline a timetable for their resolution, as soon as reasonably practicable."

Commenting, Crispin Blunt said "I'm glad that Gatwick recognise the scale of the problem and are now actively helping to address it. The CAA is having a special consultation which closes on the 5th January 2015. I urge people to respond to mark.swan.GatwickPIR@caa.co.uk to explain how things have change since April and why the flight paths should go back to the way they were before."