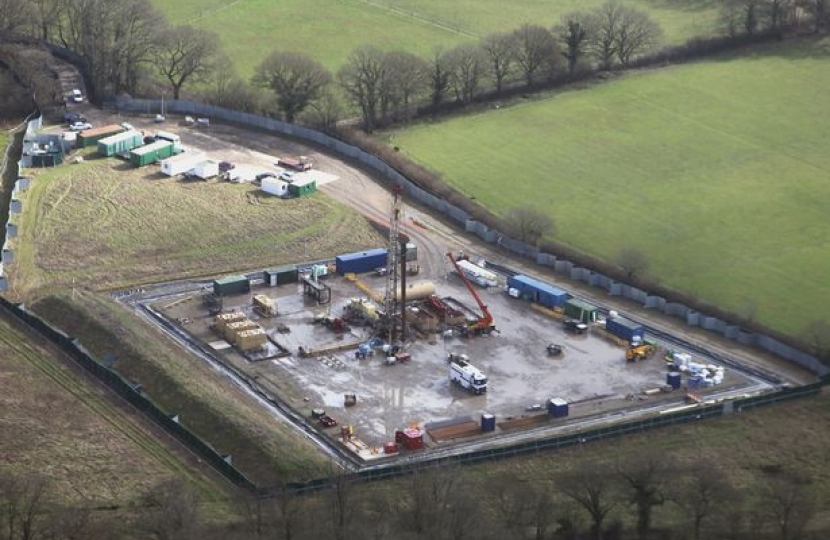 Following the most recent earthquake in the area on 27 February, I have received a number of communications from local residents concerned about the potential link between a series of earth tremors in the area and oil exploration and production activities at Horse Hill and Brockham. This issue has also been widely reported in the Surrey Mirror.

In December 2018, an investigation by The British Geological Survey concluded that there was no definite link between local oil activities and earth tremors, and that “Oil production has been ongoing for many years in the region, without any previous seismicity.”  This position is supported by the Oil and Gas Authority (OGA).

However, a team of scientists from Edinburgh University has recently contested this conclusion, suggested that there are correlations between activities at Horse Hill and seismic activities, and indicated that one possible cause of the unusual seismic activity could be due to the release of pressure at Horse Hill well site. They have stated that “our assessment supports the concern that Horse Hill oil exploration triggered the earthquakes. We infer that future oil exploration and production close to critically stressed faults in the Weald is likely to result in similar earthquake events.”

This contention is denied by UK Oil and Gas (UKOG), the main investor in Horse Hill Developments (HDF), which has advised that it has voluntarily supplied, and will continue to supply, necessary data to various expert seismologists at universities who are actively assessing any causal effect of the currently minimal activities at its site. Perhaps not unsurprisingly, UKOG believes that “the evidence strongly indicates no causal link and that the events are entirely natural.”

UKOG has also pointed out to me that a paper, to be published by experts in induced seismicity and earthquake risk assessment at Imperial College, Bristol University, and the British Geological Society, concludes that “neither Brockham nor Horse Hill is a likely cause for these (seismic) events, and they are therefore natural.”

In view of these contradictory conclusions, on 1 March I sent out a message on Social Media and was interviewed on BBC Surrey to point out that, in my view,  there now needs to be another detailed independent examination of the evidence to establish i) if there is scientific proof or probability of a direct correlation between recent local seismic activity and oil exploration, ii) to assess the likelihood of continued further seismic activity with or without ongoing local oil exploration and iii) to assess whether or not local people should be concerned about future seismic activity both in terms of frequency and strength.

In this context, I have also written to the Secretary of State for Environment, Food and Rural Affairs reminding him that evidence connecting recent local seismic activity to oil exploration activities at Horse Hill and Brockham remains inconclusive and urging his Department to investigate categorically whether or not there is a causal connection.

I would be in favour of calling for an immediate cessation of oil exploration and extraction activities at Horse Hill and Brockham, if i) local earth tremors increase in strength and frequency before an independent examination reaches its conclusions, and ii) UKOG fails to produce information relevant to the examination.

At present, I do not believe that the strength of the tremors, unsettling as they are, is sufficient to warrant an immediate moratorium, in the absence of conclusive proof of a link to seismic movements and activities at Horse Hill and/or Brockham. I would plainly urgently review this position if I was made aware of authoritative advice that earthquakes at this strength should be a cause of serious concern.

But we do need reassurance about the medium and long term implications and we must enable independent experts to examine all data they deem necessary and we must expect UKOG to provided what they have and indeed assist if more is needed to make conclusions more reliable.