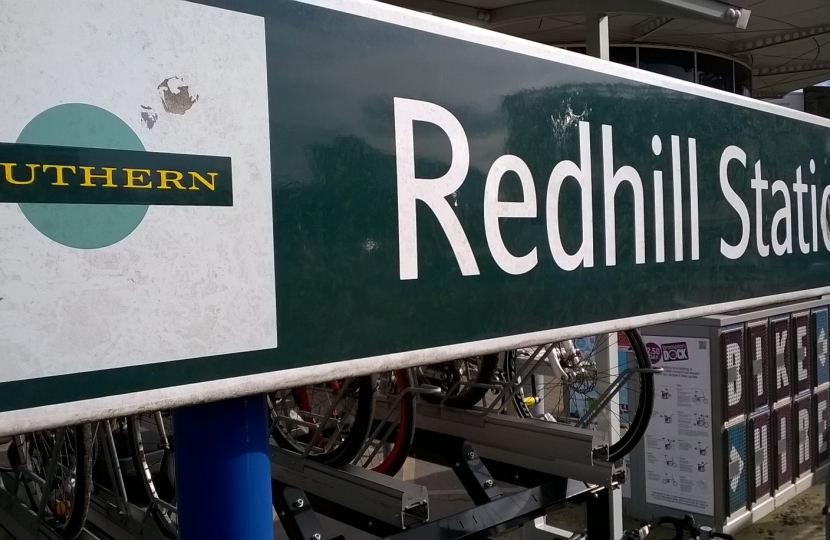 Crispin Blunt has received the response of Patrick McLoughlin MP, the Secretary of State for Transport, to his letter of 16th February, in which Crispin Blunt again demanded compensation for local rail users suffering unacceptable levels of disruption. Upgrade works at London Bridge ongoing until 2018 have led to a reduced level of service on the Brighton Mainline to and from London Bridge with knock-on disruption to services to and from London Victoria.

Patrick McLoughlin's reply repeats an earlier commitment by the Government to consider “the case for reviewing compensation”, but makes no guarantees. Ministers and senior officials are working closely with the industry to improve the situation for passengers and “will not hesitate to call the Industry to account should operational performance not be restored to the level that passengers rightly expect”.

The reply does not address the question of whether Redhill, Reigate, Earlswood, Merstham, Salfords could enter Transport for London Oyster Zone 6 at the earliest possible date, thus reducing future annual season ticket prices by up to a third.

Crispin Blunt commented: “Commuters are not going to accept lamentable rail services whilst at the same time they pay premium prices for season tickets. I am pleased to see that the online petition for Oyster Zone 6, organised by the Reigate, Redhill and District Rail Users' Association, has already gathered over 1,500 signatures. Clearly, commuters using Redhill and other nearby stations are fed up paying almost 50% more per mile than commuters using stations in the outer part of the existing TfL Zone 6 such as Coulsdon South.

“I am asking all Parliamentary Candidates to join a united call for a day of protest and action on Monday 1st June. I will shortly be able to announce the plans for employees to agree a ‘work from home day’ and to invite employers to express their support for the campaign for fairer fares.”